Battlegrounds Mobile India nearing launch, game mired in controversies before release, know what is the reason 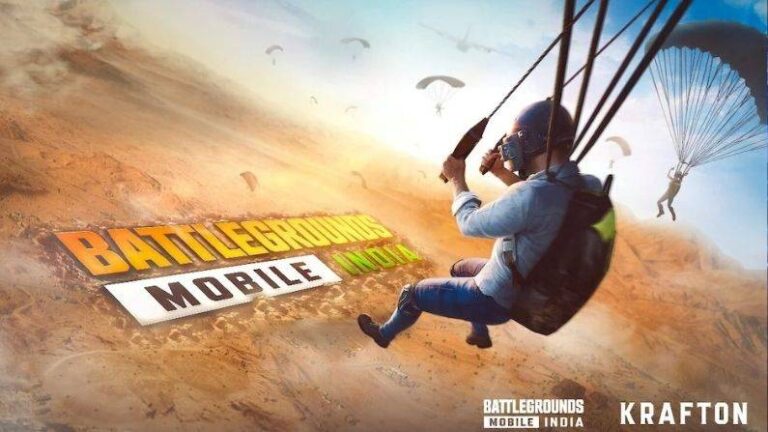 A YouTuber posted a objectionable video a few days ago regarding Battlegrounds Mobile India, now a legal case has been filed against him.

Battlegrounds Mobile India has been in discussion ever since the launch of the game was announced by the developers. However, a new controversy has arisen regarding its title. A legal case has been filed against a popular PUBG mobile YouTuber for racial remarks on Ninong Erring reacting to a letter sent by the politician to the Prime Minister regarding the relaunch of Battleground Mobile India.

A YouTuber known as Paras official posted a video a few days ago in which he made derogatory statements against the MLA and the people of Arunachal Pradesh. Now a case has been registered under Paras official under sections 124A / 153A / 505 (2) of the Indian Penal Code. The return of Battleground Mobile India sparked controversy as YouTuber insulted the state and the politician.

In fact, Paras official said in a video showing a Twitter profile picture of Ninong Ering, which has since been removed: “I don’t think he is an Indian.” He was heard saying, “I don’t think any of them are Indian.” I have not met anyone in Arunachal Pradesh, but perhaps they all look like this. “

A YouTuber known as Karka MR11 has shown clips of the deleted video where Paras official’s comments are heard. His comments sparked public outrage. He later apologized for all his statements in a video titled “Sorry Arunachal Pradesh”. In the next video, his mother requested viewers to forgive him for his mistake.

In a conversation with EastMajo, the MLA said that such comments have not hurt him personally but commenting racist is wrong. At the same time, Arunachal Pradesh Chief Minister Pema Khandu said in a tweet, “Based on the video, action has already been initiated to incite hatred and hatred towards the people of Arunachal Pradesh. A case has been registered against Paras under Section 124A / 153A / 505 (2) IPC. ” He said that the social media handle of Paras is being investigated.

Based on the video that aims at inciting ill will and hatred towards the people of Arunachal Pradesh, @ArunachalPolice has already initiated action as under:-

Before that, Ninong Ering, a legislator and a former MP from Pasighat West Assembly constituency, Arunachal Pradesh, wrote a letter to the Prime Minister requesting a ban on Kraften’s upcoming offer, ie Battleground Mobile India, as he believed Is that this is a fraud being done on behalf of China.

According to the former Union Minority Affairs Minister, the re-launch of the game is the only illusion to store the data of millions of users and transfer it to foreign companies. The letter further mentions that the release may include the data and security of all citizens of India who are playing these games. Rajya Sabha member Abhishek Singhvi criticized the government for allowing the return of the game.

read this also- Officially, Google is a ‘Dog Company’, the doors of the company are open for all the pets.

Also read- Deadline to accept WhatsApp Privacy Policy extended till June 19, these people will get a chance

A bunch of youth leaders, a few of whom had survived tumultuous childhoods as compelled…

Flights will start from Navi Mumbai Airport in 2024, the load of Mumbai International Airport will be reduced

Mumbai: The greenfield Navi Mumbai International Airport being built in the picturesque plains of Panvel…

Friend and star of The Crown, Khalid Abdalla, calls for British-Egyptian activist's release