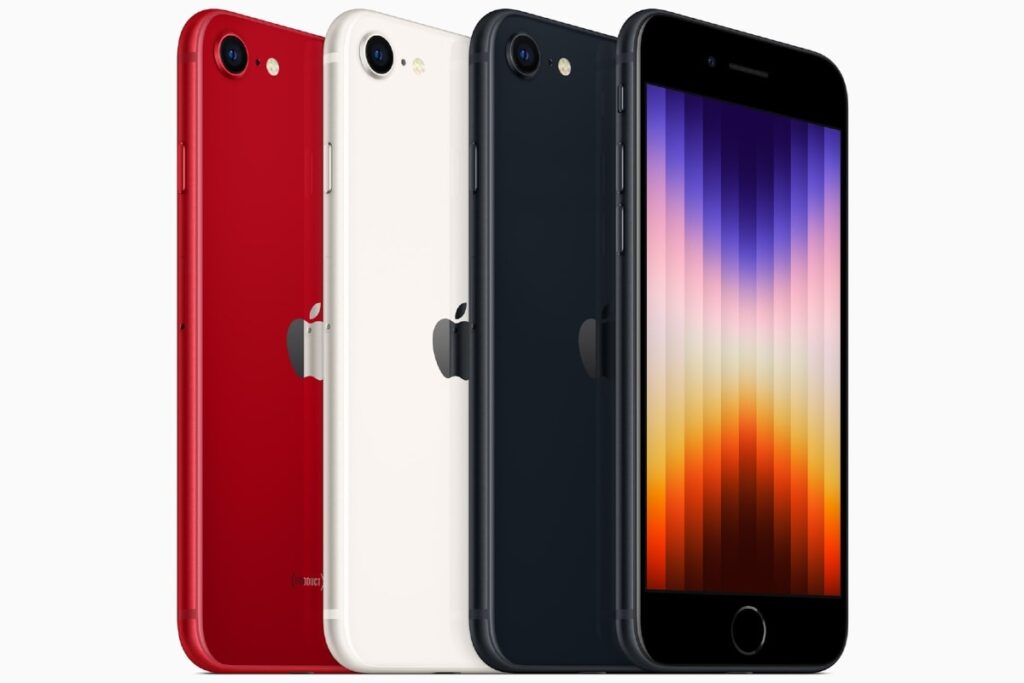 Share
Facebook Twitter LinkedIn Pinterest Email
American company Apple launched the iPhone SE (2022) in a virtual event on Tuesday. There was speculation about this for the last few months. This is an upgrade to the iPhone SE that was launched almost two years ago. The iPhone SE (2022) will get 5G connectivity and has the A15 Bionic chip introduced last year. The previous model of this smartphone had 4G support and A13 Bionic chip.

The iPhone SE (2022) also gets a better rear camera and three major hardware upgrades. Its price in India will start from Rs 43,990 for the base model of 64 GB. It also has 128 GB and 256 GB variants. The price of iPhone SE (2022) in the US will start at $ 429 (approximately Rs 33,000). It will be available in Midnight, Starlight and Red colours. For this, pre-orders will start in all markets including India from Friday and it will be available from March 18. Along with this, Apple has also introduced a new Green color for the iPhone 13 series and Alpine Green color for the iPhone 13 Pro.

Specifications of the new iPhone SE (2022)

It runs on iOS 15 and has a 4.7-inch Retina HD display. However, this display looks similar to its previous model. However, the company claims that the new iPhone SE has “the strongest glass on a smartphone” on the front and back. The glass protection is the same from the iPhone 13 and iPhone 13 Pro. The new model also has IP67 certification. The A15 Bionic chip is given under the hood of the iPhone SE (2022), which is also available in the iPhone 13 series. With this chip, the new iPhone SE has been claimed to get 1.8 times faster CPU performance than the iPhone 8. It also has features like live text. The new iPhone sports a single 12-megapixel camera sensor on the back with an f/1.8 lens, similar to the previous iPhone SE. However, some improvements have been made to the rear camera sensor.

Its rear camera supports features like Deep Fusion. 4K video recording can also be done in it up to 60fps. There is a protection of the sapphire crystal lens cover for the camera. There is a FaceTime HD camera on the front for selfies and video chats. It has connectivity options including 5G, 4G VoLTE, Bluetooth v5, GPS/ A-GPS, NFC and a Lightning port. Like the previous model, the iPhone SE (2022) has a Touch ID button along with a fingerprint sensor for biometric authentication. Its battery is said to last all day. However, the company has not given more information about this. The new iPhone SE comes with standard wireless charging support which also includes fast wired charging.

On this day: On 23 June 2017 three blasts took place in Pakistan in which…

Tata Motors gave a gift to the customers, launched the very cheap variant of Tiago, now bring the car home for just this much rupees

While the SUV has always been a profitable deal for Tata Motors, the Tiago hatchback…

Gandhi’s appeal against the war in Ukraine, said- stop the attack immediately, will stage a sit-in at Bapu’s tomb on March 8

Gandhians For Peace: All religion prayer meeting in Delhi for peace in Ukraine, Ambassadors of…