Vinati Saraf Mutreja: From turning around a loss-making ATBS Plant to being featured on Forbes List of Most Powerful Businesswomen in Asia 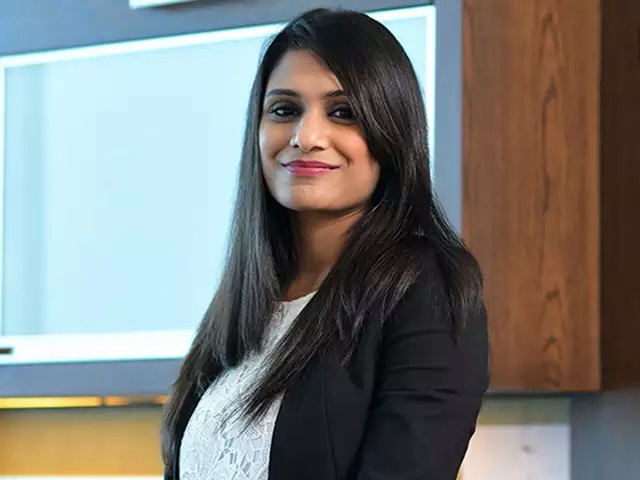 Vinati Saraf Mutreja is the CEO of Vinati Organics Limited. She entered the manufacturing industry by joining her father’s company which is a predominantly male-oriented industry. But ever since joining the company in 2006 Vinati has proved that given the right opportunity women can flourish anywhere.

Growing up with the Company and Education

Vinati’s father Mr. Vinod Saraf, founded a manufacturing company in 1990 and named it after his daughter as Vinati Organic Limited. Vinati recalls attending many important company meetings, including the board meetings of the company at a relatively early age. She claims that this exposure sparked her interest in the fields of engineering and business.

Intrigued by the operations of her father’s business, Vinati pursed dual bachelor degrees from the University of Pennsylvania. She now has a Bachelors’s degree from The Wharton School, for Science in Economics (Finance). Along with that Vinati also has a Bachelor’s in Applied Science degree from the School of Engineering from the university.

In addition to her dual degree, Vinati also completed the Owner/President Management Program from the Harvard Business School before joining her family business.

Joining VOL and the Vinati’s first Obstacle in the path

After finishing her education, Vinati came back to India and joined the company as an executive director. She faced her first real test tackling the company’s ATBS plant. Started in 2002, the plant was a loss-making unit for the company as they were not able to obtain the right quality.

Recalling the incident Vinati said in an interview,

“We were thinking of shutting it down or selling it off. We were a small company then and had exhausted all our resources and expertise available. There are only two other companies making this product in the world. So we were in a fix since this was a niche market. But I managed to bring a consultant on board who helped streamline processes.”

Meet 3 billionaires of India whose one thought created billion business

Working her way to the Top

Despite being the founder’s daughter Vinati joined the company in the position of an executive director and slowly worked her way to the CEO post. She worked with various departments and divisions to understand their operations and functions. This combined with her knowledge gained from the initial years of the company, helped Vinati achieve total understanding about the company.

The Company Flourished Under Her Leadership

Initially, Vinati Organics was manufacturing just two chemicals but today the company has a portfolio with more than 20 speciality chemicals that are being imported all over the world. In 2006, the company had a turnover of 66 crores which has now crossed the limit of 1000 crores.

The profit of the company has also risen from 2 crores in 2006 to almost 334 crores for the financial year ended in March 2020, which is almost a 170 times increase in the surplus. The market value of the company has also seen a significant increase of 500 times. At its incorporation, the company had a market capitalization of 15 crores which has reached 8200 crores, of which almost 75 percent is owned by the Saraf family.

IIT Delhi signed an agreement with this American, know what will happen to students

For her bold and aggressive approach, Vinati has gained various awards and acclaims. She has been featured on the “India’s Top 40 under 40” list by The Economic Times in 2019. She was also named Young Global Leader for 2020 by The World Economic Forum (WEF).

Vinati won the award for the Outstanding Woman Business Leader of the Year given by The Economic Times Family Business Awards 2019. She also made it to the Forbes list of Asia’s Powerful Businesswomen released in September 2020. Also under Vinati’s leadership and guidance, VOL was able to achieve a place in Forbes Asia’s 200 Best under a Billion Dollar companies.

Despite the global pandemic, where most of the companies are back scaling and revising their goals, VOL is continuing operations as normal. In an interview with ET talking about the effects of the pandemic, Vinati explained that VOL being a chemical manufacturing company was able to get all the required permits from the governments and was allowed to continue its operations.

According to Vinati, both the company factories are operating at their 80-100 percent capacities to provide many essential products like Isobutyl Benzene (IBB) and 2-Acrylamido 2-Methylapropane Sulphonic Acid (ATBS) that have applications in various industries like agriculture, pharmaceuticals, and water treatment.

Narrator Sadhvi Jaya Kishori: Know what is the secret of her success line at the age of 19

Role Model for all Women

Vinati believes that being a woman has never stopped her from being a leader in any role. She quoted,

“The entire team at VOL has been very supportive and never treated me differently because I am a woman.”

She believes that we all should encourage more women to enter this challenging industry so that our coming generations will have a diverse platform to thrive and succeed.

Vinati also feels that we should provide an environment where women are not forced to quit their jobs after marriage or having children. Vinati is married to Mohit Mutreja and is mother to two kids believes,

“Most women I know give up work after having children. I enjoy my work and the faith our stakeholders have in me. This drives me to keep doing better.”

This powerful feature of Apple has come in your Android TV, use it immediately