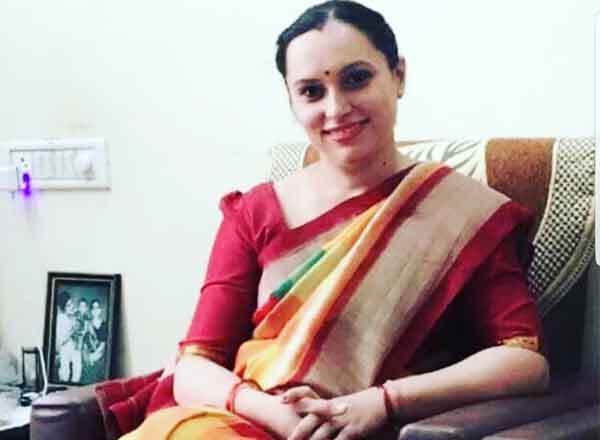 Every year thousands of students prepare for the Union Public Service Commission (UPSC) exam. Some of them pass and there are many children who prepare for this exam but fail, but still, they do not stop trying. Today we are going to tell you about one such girl. His life story has been quite different from the rest of the students.

Today we are going to tell you about IAS officer Komal Ganatra. You must have seen and heard many such incidents that some women give up the purpose of living after the husband is separated. They break badly, but there are some women who make up their mind to do something and illuminate themselves and their family name. The life of IAS officer Komal Ganatra has also been spent in the midst of similar struggles.

If we talk about the life of IAS officer Komal Ganatra, she was married at the age of 26 to an NRI. Komal was abandoned by her husband only because she wanted to go to New Zealand and she did not want to let him go. Talking about his life in an interview, he said that we think marriage makes us perfect. I used to think the same until I got married. After her husband left, I realized that marriage is not everything in life for a girl, her life is even further.

GPSC could not give an interview due to husband

IAS officer Komal Ganatra said that she had also passed for Gujarat Public Service Commission (GPSC). As soon as her interview came, her husband did not allow her to do this interview. Komal Ganatra is currently posted in the Ministry of Defense as an Indian Administrative Officer.

Komal further said that from the very beginning my father has taught us to move forward in life. When I was younger, my father used to say that you will grow up to be an IAS, but at that time I was unintelligent, there was not much information about UPSC. But my father always gave me courage, he explained to me that you are the best.

It was a big shock in my life

IAS officer Komal Ganatra said that this was a big shock in my life, which cannot be explained, after some time I realized that no human being can be forcefully brought into his life. Also, following a human cannot be the purpose of life. After this, I started to see my life goals clearly.