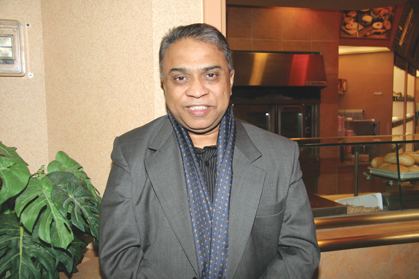 Looking at Henry Ford and Aditya Jha, success can be said to be in its eternal form. Indo-Nepali-Canadian entrepreneur Aditya Jha is giving back more than he got from this world. According to Henry Ford, such deeds can be called success. He did several startup businesses. He included every particle of his good fortune in the void and is now giving his society in the proper form.

Aditya Jha, a non-resident Indian based in Canada, not only wrote the success story in his own name but is also a legacy he will be proud of for generations to come. Born in a Maithili family in Janakpur, Dhanusha, Nepal, Aditya was raised in Sitamarhi, Bihar. Belonging to a middle-class family of 3 brothers and 2 sisters, Aditya’s father practised his practice in Dhanusha district of Nepal.

Aditya had a tendency towards computer studies since childhood. After completing his secondary education from his village school, he moved to Delhi for Aage’s education. Despite the beginning of a simple life, he always kept his goal high. He believed that everything is possible if the mind is strengthened for it. After earning a bachelor’s degree in science from Hansraj College, Delhi University, he obtained a master’s degree in Mathematical Statistics from Kurukshetra University and a Masters Diploma in Computer Science from Kurukshetra University.

The story of a laborer who built a huge empire of crores from the first income of 25 thousand rupees.

After this, he went to Jawaharlal Nehru University’s School of Computer and Systems Science as a research student. He also traveled to Paris, the capital of France, for 6 months training of computer mainframes from CIT Alcatel. He was called U.G. A Junior and Senior Scholarship was also received from the Council and Research Associateship from the Council of Scientific and Industrial Research. He was also very vocal during the Emergency in India, he headed the General Secretariat of India’s largest Delhi Haryana State Student Organization. In the meantime, Aditya had increased faith in his leadership ability and public skills.

Beginning his career in India, he worked in Singapore, Australia and several South-Western Asian countries. In 1994 he emigrated to Canada and joined Bell Canada there. There he founded a software company called Isopia Inc., which was later acquired by Sun Microsystems for $ 100 million. He then founded another software company called Osellus Inc, which opened offices in Toronto and Bangkok. He diversified his field of work by acquiring several businesses.

He acquired a confectionery manufacturing company and named it Karma Candy. He was the International CEO of Euclid Infotech from 2013-2017. In February 2017, he acquired Digi Market International from Development Gateway. But more than these successes, Aditya Jha is known for his public-friendly work. They run a private charitable foundation (POA Education Foundation) with the aim of encouraging education and nurturing entrepreneurs so that maximum employment can be created for the youth.

Aditya believes more in promoting economic self-reliance of the disadvantaged. He has personally undertaken many social activities in India, Nepal and Canada. In 2012, he was awarded Canada’s highest civilian honor ‘The Order of Canada’.

It is said that you must also have a lot to give a lot. Actually, Aditya Jha’s life is also like this. By fulfilling the goals set in their life, now they are constantly fulfilling all public welfare works.

Read: Starting with Rs 10,000, this startup is making rural India self-reliant, the idea is very inspiring

Jacob deGrom completes four-inning rehab begin at Triple-A Syracuse: ‘I had to really trust the process’

CHICAGO — Jacob deGrom handed one other massive take a look at Thursday. Now, his…

Samsung announced the help of so many crores of rupees, the company will donate thousands of oxygen cylinders to these states

In a statement, Samsung said that, considering the medical needs in India, it has decided…

78,000 kilos of toddler components arrives in US