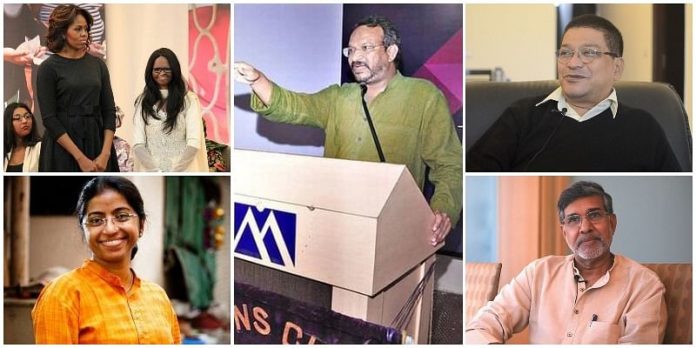 Come, learn about some social workers who through their untiring efforts are laying the foundation for major changes in the society.

Countrymen are celebrating 74th Independence today and at the same time, there is an expectation in everyone’s mind that the real impact of this freedom will be maintained until the last citizen of the country. With the freedom of the country, being subject to the constitution, our personal freedom is dear to all of us, but despite this, there are many people in our country who are either deprived of these rights, or they are struggling for their rights. Most of these people are either innocent children or they are victims of some other torture, whose life in independent India is not less than any hell. Today we may be able to say that we have a chance to live life with freedom, but this is not so effective for them.

Many such social workers in our country have made every effort to help the people who are deprived of their basic rights and suffering in other ways, and they have also taken the risk of life for this campaign. Let us know about some such social workers who, through their untiring efforts, are laying the foundation for major changes in the society.

Nobel Peace Prize winner Kailash has been making continuous efforts against child labor since the 1980s and has managed to save more than 80 thousand children from this morass. Significantly, Kailash Satyarthi has also been attacked many times during the campaign to free child workers. About 9 years ago, in March 2011, he was also attacked in a textile factory in Delhi and in 2004 during the campaign to free child workers from the Great Roman Circus.

Apart from Nobel, Kailash Satyarthi has also been awarded many big awards around the world, which he shared with Malala Yusufzai of Pakistan. Kailash today runs a campaign called ‘Bachpan Bachao Andolan’, which seeks to liberate child labourers and secure their future. In 2005, when Lakshmi turned down a marriage proposal of a young man, the man threw acid on Sarerah Lakshmi, after which Lakshmi’s life was saved, but her face was badly burned. After this incident, Lakshmi had to go through a difficult period, but she did not set up any other acid attack Survivor, so she founded the Chhaan Foundation.

Not only this, Lakshmi also filed and won a PIL to stop the open sale of acid. The Supreme Court also passed orders to curb the sale of acid due to the same PIL. Lakshmi has been awarded several awards, including the 2014 International Women of Courage Award and NDTV Indian of the Year Award at the hands of then US First Lady Michelle Obama. Vezwara Wilson has been waging a battle since 1986 with the objective of bringing the manual scavengers and sewer sanitation workers and their lives out of hell. Born in a Dalit family, Wilson describes the practice of manual scavenging as a stigma on humanity and his campaign is being supported across the country. Seeing the works of Sunita Krishnan, who believed in social service as her passion since childhood, this ‘Purusha Pradhan’ society was so irritated that Sunita was victimized by the poor prevalent in this society. Sunita did not give up and, recovering from a gruesome dark phase, established an institution to stop the trafficking of women and girls.

In 1996, Sunita, along with her brother Josh Vettikatil, started an institution called Prajjwala and so far she has succeeded in getting around 25 thousand women and girls free from sexual trafficking. A few years ago, Sunita had told that due to this work, she has been killed more than 17 times, but despite this Sunita is constantly moving forward with her high spirits. Ashok Rao Kavi (Photo courtesy: out and around)

Even today, where homosexuality is seen as a curse in the country, Ashok Rao Kavi has been fighting for a long time to fight for equal status in society. Ashok, who has done journalism for a long time in the big media houses of the country, faced bad behaviour even at workplaces due to his being gay.

To help homosexuals, Ashok has set up a ‘Humsafar’ Trust, through which he is directly helping this community, in addition, he also directly supports other institutions helping gay people.