Irfan, who brought 5 lakh rickshawkals out of their unique business ideas 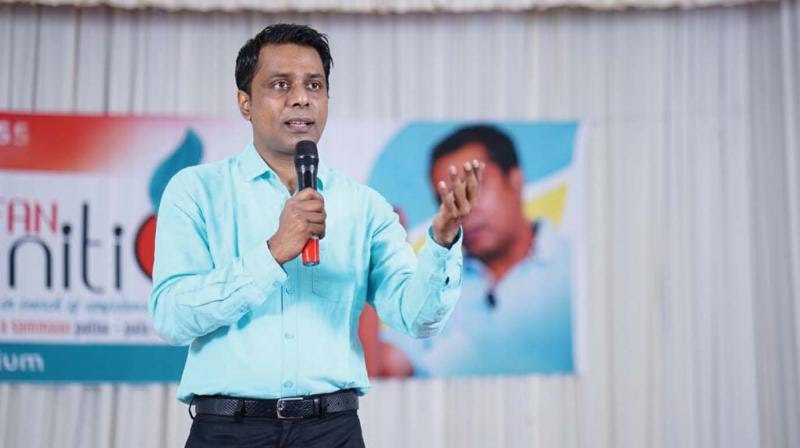 On one hand, while modernity and technological development is flourishing in the country at a very fast pace, on the other hand, manual labor is also accepted by today’s new generations. But some visionaries have taken up the task of harmonizing the work of manual labor and modern technology. One such story is the founder of ‘Samman Foundation’ Irfan Alam Of.

Irfan, who has been a student of the Indian Institute of Management, Ahmedabad, has been sensitive to the poor right from the beginning. This quality inspired him to find a business for which he earns a consistent income for his daily bread. Rickshaws contribute 30 per cent of the regular travel to urban areas in India, so they planned to form an organization for the employment of rickshaw drivers.

Irfan, who holds a Masters in Foreign Trade and a Bachelor’s degree in Economics, believes in “Never say never”. They are able to see with great sharpness how many possibilities of growth are there in this business and how they themselves can be helpful for these rickshaw drivers in exponential employment. He decided to start this venture from his home town of Bihar.

Born in Begusarai, Bihar’s industrial capital, Irfan started this business from the capital Patna in 2007 with a series of 300 rickshaw drivers, from a very early stage. To assist rickshaw drivers, rickshaws were equipped with music, magazines, newspapers, first aid items, snacks and advertisements. This made the rickshaw ride comfortable and enjoyable for commuters. His hypothesis is the only one of its kind and he has nicknamed it “Rickshaw Wale of Bihar”. He enabled rickshaw drivers with their modern form. The first pre-paid rickshaw in India started with several value-added services.

This idea came to him when he was going somewhere in a rickshaw on a hot summer day when he got thirsty, he asked for water from the rickshaw man. Then the idea came to his mind that if there are water and some food items in the rickshaw, then this will give relief to the passengers and the rickshaw will also get additional income. Irfan’s effort gained worldwide recognition. They did not get any help to start it. He took a loan from Punjab National Bank along with three engineers to design a rickshaw.

In this venture started on a small scale, more than 5 lakh rickshaw drivers across the country are registered in “Samman Foundation”, an organization of Irfan. His achievement in 2010 was not untouched by the eyes of US President Barack Obama. Irfan was one of the few people selected for the summit meeting of young entrepreneurs at the White House in the US that same year.

Everything was going well until the police arrested Irfan for the abduction of Navendu. The incident came to light when a website builder, who had taken an advance payment from Irfan for website construction, was found missing. There was some dispute with Navendu about Irfan’s website. Soon after, the kidnapped father’s father reached Irrfan’s office with the ASP of Shastri Nagar police station. There, Irfan and his co-workers Govind Jha, Yuvraj and Rohit alias Rajkumar were arrested on 13 May 2011 for the abduction of Navendu.

He was released from the police station on 14 May after he intervened in the case of Bihar Chief Minister Nitish Kumar. After this incident, Irfan was constantly pressured to go out of the state, but he is determined to find the culprit.

Irrfan holds his base even while overcoming difficulties. He has won many awards and honors so far. He has received the ‘Entrepreneurship Award’ of the Business World. He was selected by India Today in the list of ’40 Youth Icons of India’. He was selected for ‘India’s Best 30 Youth’ by Times of India. In addition, he has also been featured in Guardian magazine, London and The Economist. Tata was in the decisive phase of Nain’s ‘Hottest Startup Award’ and has also been the winner of the World Bank’s Innovation Award. This Irfan project has been shared in many universities around the world.

Even in the face of contradictions, Irfan can ensure success in his work. After completing his studies from a reputed institute, Irfan Alam chose the path to serve the poor. Today the circumstances may want to break Irfan’s morale but his spirits are not going to break.