Idea shown in trouble in personal life, today there are millions of customers, business worth crores is happening 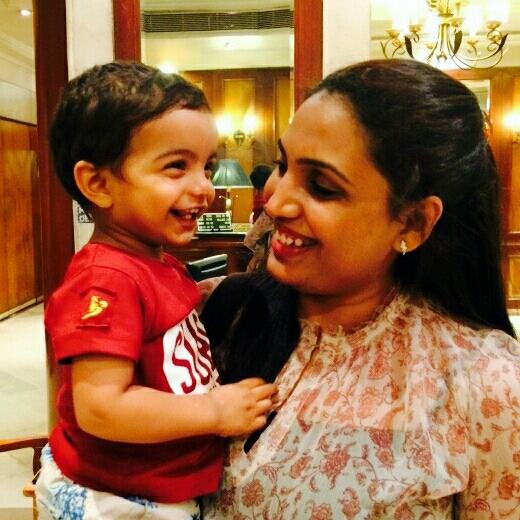 Ideally, it is challenging to establish a successful industry starting from scratch and moving forward with a new idea. Especially for women, these challenges become more. However, the last few years have seen a welcome change. Many Indian women are becoming ‘Mompnappers’ – the birth of children, their upbringing as well as the operation of a successful enterprise, balancing them all with great efficiency.

Our story today is about one such successful woman entrepreneur, whose life-journey involves unmatched integration of time-management and efficiency. Founder of Superbottoms, a turnover of crores of rupees Pallavi Utagi Today, we stand as a successful women entrepreneur.

Pallavi did her MBA from Mumbai and started working as a brand-manager – she worked for several big brands like iPil, iCan and iSure. After doing exceptionally well as a brand-manager and gaining a good reputation, Pallavi’s life marked an important phase and she tied the knot. Marriage and subsequent maternity responsibilities forced her to quit her job, but at the same time life gave her an opportunity to present her talents to the world.

After the birth of her child, Pallavi realized that the diapers available in the market for baby’s skin are not good and the customary ‘diapers’ are not as useful as they need to be changed frequently. Pallavi researched and developed a material that has the ability to absorb excess and then laid the foundation of superbots from here. Under the banner of this brand began the production of a diaper that is convenient like a disposable diaper and comfortable as a nappy.

Pallavi Told, “Another issue for me was that disposable diapers had a dangerous impact on the environment.”

Started his business after being insulted by the boss, it started small, but today has turnover of 20 crores

Her brand initially received a good response, but it was not easy for Pallavi to maintain and grow the business given the important responsibilities of motherhood, but her experience as a brand-manager came in handy and then she turned into smart marketing Used the model. He started connecting with new-old people using social media and adding them to Facebook and WhatsApp groups. With Pallavi’s good communication skills, the idea proved helpful in furthering her meaningful conversation and building good business for her brand. His efforts came to fruition when he started receiving praise from all sides.

“Once the parents of the twins challenged me that this diaper would not last all night. But the next morning he called me and said that it actually lasted one night. It was a tremendous compliment and I believed my idea ”- Pallavi told.

Although not very rare, Pallavi is one of those women who set the example of a child and a parallel birth of a business idea. A small start in 2016 aimed at removing a personal difficulty has now been transformed into a multi-crore brand serving more than one lakh customers. The brand is growing at a five-fold rate every year. By the end of 2023, Pallavi is committed to making it into the league of 100 crore turnover.

An example of properly utilizing the skills acquired in life and problem solving, Pallavi’s story will prove to be a milestone to inspire many mothers to become ‘mompreneurs’.

With the unique method of the 9th pass farmer, earning 1000 crores of sugarcane in one acre, earning crores

Market cap of these 6 Sensex companies increased by 1.11 lakh crore, these two companies were top performers

TCS and Infosys performed the best in the stock market last week. Both the companies…

Assembly Elections 2022: Multi-cornered contest in Punjab, Akhilesh Yadav’s exam in UP, understand the big things of today’s voting in 10 points

Assembly Elections 2022: In the third phase of voting, voting is going on in 59…

Book Tatkal tickets to go home on Holi, you will get confirmed seat

Many people are planning to go home on the occasion of Holi. Many festival special…