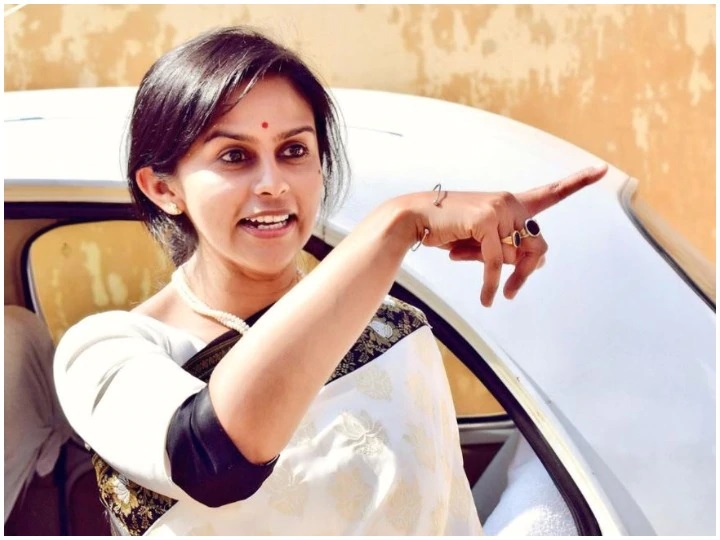 She started doing an internship after completing her MBBS from King George Medical College, Lucknow. During the internship, she had to go to a nearby slum for treatment. During this time she met a woman who used to come here for treatment. During treatment, Priyanka used to instruct her to always be careful for cleanliness. One day during the investigation, Priyanka saw her consuming dirty water. Despite the instructions, Priyanka got angry after seeing her doing this and she got angry on the woman.

The woman’s response in return opened Priyanka’s eyes. Priyanka was forced to consume the same water due to poverty and lack of facilities. (Priyanka Shukla herself says that that woman’s words were pierced from within that day and decided to become Indian Administrative Service (IAS). Priyanka got ready for the Union Public Service Commission (UPSC) to achieve this goal. Amazingly, the Union Public Service Commission got success in the second attempt too.

It took Priyanka two years to clear the Union Public Service Commission exam. Union Public Service Commission did not get their first attempt. But in the second attempt, she was not only selected but her rank also came good. Priyanka succeeded in this exam in 2009. she is currently serving as DM of Jashpur district of Chhattisgarh. She is continuously contributing to change the picture of this district. She does not take this post as work only but does it as a passion. Let’s prove this.

Priyanka received the award and recognition for her award during the 2011 Census, President Pranab Mukherjee awarded the Censor Silver Medal Award. she has received the Rashtrapati Award once more for better work in the field of literacy. Many more such awards have been given to her. Not only this, Priyanka continues to dominate social media too. her 70 thousand followers constantly inspire her to do something new.

Priyanka started preparing for the Indian Administrative Service Examination and started working with her father and fulfilling her dream throughout the day. Finally, in 2009, Priyanka achieved this position and today she is serving in Chhattisgarh. Priyanka also writes poems and is well versed in contemporary dance. she is also a good singer and singer and painter. Often, she keeps introducing her talent on social media. Priyanka Shukla has received the Census Silver Medal from President Pranab Mukherjee for doing better during Census 2011. Apart from this, she has won many awards. Master blaster Sachin Tendulkar has also praised her work.

Devendra Fadnavis lashed out at the opposition in Pimpri-Chinchwad, said – show black flags or do anything, we will win

Pimpri: Leader of Opposition and former Chief Minister Devendra Fadnavis, who came to Pimpri-Chinchwad to…

CM Yogi roared in Jaunpur, said – small thinking of dynasty did not allow development of UP

Jaunpur: Chief Minister Yogi Adityanath has said that the small-minded parties of dynasty and family…

NFT of former Twitter CEO Jack Dorsey, which was bought in 2021 for $2.9 million…

Andhra Pradesh SSC Results 2022 can be out tomorrow. According to the official announcement the…