I had a thousand reasons to succumb to the circumstances, but my passion kept me alive 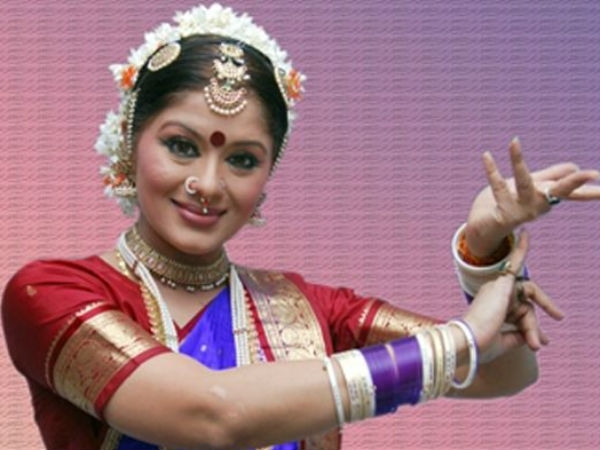 Success does not come automatically at the door of life. You have to deal with the situations and keep moving on stony paths. When your physical disability becomes the biggest obstacle in your progress, then willpower and determination become your crutch. Today’s story is similar to this.

He started learning dance at the age of three. Her fondness for dance made her a shining star. By the age of 16, she had given 75 stage performances. But destiny goes on its own, she was ready to do something else. When she began to realize that dance was her passion, life brought her to an awkward turn.

Suddenly she was confronted with an accident that changed her life. She was travelling in a bus and became an accident. Her right leg tissue was damaged and gangrene spread throughout her right leg, which caused her right leg to be amputated. After a long wait of three years, she was able to walk with fake legs but to think about reviving her hobby of dancing with artificial legs still seemed inconsistent. But despite many challenges, Sudha Chandran has proved that no obstacle will prevent her from reaching her passion.

A 1986 film on her life story Nache Mayuri Proved to be highly successful on the criteria of popularity and commercial success. She has also served as a judge on several dance reality shows.

Sudha Chandran opened up about her inspirations in a special conversation with Business Khabar.

“Forgetting everything and telling myself that it was just an accident and has only got one leg, it was not easy. This required determination. I remember some people coming to the house and saying to me, “We hope you will be able to dance again.” But it was very important for me to accept this challenge. It is very difficult when you find disasters in private life standing and staring at you and you do not know how to deal with it. ”

I have always met people in my life who only gave me advice. As I was going through the transformational turn of my life and trying to find clarity in my life, people used to come and confuse me even more. I knew that with the help of my education, I would get everything that I wanted. I wanted to get what I had lost in me because only when you lose something you understand its importance. I knew how important dance is to me, but when someone says that you will never be able to dance again, it was very sad for me.

This female entrepreneur is working closely with over 50,000 farmers across India to deliver organic food to your home.

I wanted to show the world that I could dance without having legs. Then I put my mind, body, heart, and a lot of time into my new dancing shoes. It was a very painful process, but at every step, I realized that this is what I wanted. Then one day I went to my father and told her that I will perform again, he was shocked to hear this. In the morning newspaper, the news appeared “Lose a foot, walks a mile.” The entire tickets of my first show were sold out. I was quite a batman but I gave my performance comfortably and received a standing ovation from the people. And such a new chapter started.

Today most people succumb to stress and either give up or attempt suicide. But this is not the answer to the challenges of life. It should be understood that this fight is not easy but it is more important to try.

When I returned after seven years, I received a warm welcome in this industry. I had proved that I am normal. And that’s why my confidence increased and I worked hard to tell people that I can do this.

Till now the story of my life was like a roller coaster ride but it was beautiful. It taught me to be smarter, more intelligent, on-the-ground and respectful for my profession and relationships. If I look at my balance sheet, I feel that I have gained more than I have lost.

4 Tribal Women Fail MBA, a company with a turnover of crores of its own

I believe that no one should live an insignificant life. One should not just die by taking birth, education, marrying, having children and becoming a grandmother, but should make some meaningful contribution to the world. I have lived a purposeful life. Whether I live in the world or not, somewhere, Sudha Chandran will always be alive in a generation.

After a historic begin to the season, the Celtics’ offense cooled off in December and…

Kwasi Kwarteng has the prime minister’s full confidence and can persist with his progress plan,…

What Is the Savers Credit?