A veteran industrialist of India, who made personal assets worth 19 thousand crores from small business of jute 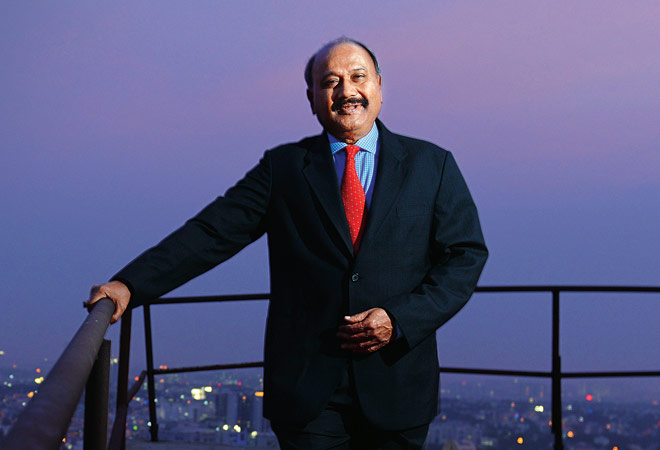 The way in which this person has set a unique example of success, it is just a dream for most people. Born into a peasant family, this man started his career from the business of jute and today is the doer of a huge business worth crores of rupees. You will not be sure today, he speaks in the most glamorous areas of Indian industry.

Grandi Mallikarjun Rao Today, India is a prominent face of the industry and is not fascinated by any introduction. Mallikarjun, who laid the foundation stone of GMR Group, one of India’s largest infrastructure company, spent his childhood in a very simple environment. Born in a village named Rajam, 100 km from Visakhapatnam, Mallikarjuna’s family was associated with jute business.

Mallikarjun’s father always encouraged the children to complete their studies and take jobs, while his mother wanted to see him progress in the business. Amidst all this, Mallikarjun failed in the secondary school examination and then it proved to be a turning point in his life. After failing the exam, he came to know the importance of studies and then he started studying with full hard work.

With the unique method of the 9th pass farmer, earning 1000 crores of sugarcane in one acre, earning crores

Learning from the failure found for the first time in life, Mallikarjun worked hard and joined the government college for the first time in both school and college, studying mechanical engineer. He became the first person in his family to graduate after completing his studies. To keep his mother’s heart, he embraced the parent business of jute. Mallikarjun, along with his brother, gradually made the business of jute bigger.

In 1985, he decided to break into the plastic industry by separating with his brother. His brother Jute saw business and Mallikarjun made his mark in the Andhra Pradesh business world by working in plastic pipes, cycle rims and many other small industries.

Mallikarjun served as the head of Vyasa Bank, a small bank in Andhra Pradesh. At that time the bank was quite small, working slowly, he became a partner in the bank and then introduced Vyasa Bank as a national bank. Making his place as a renowned industrialist in the banking world, he laid the foundation stone of the GMR Group.

The GMR group initially forayed into agriculture and the power industry. Then the company ventured into the country’s infrastructure industry under the Public-Private Partnership model. Today the group has built its global presence with infrastructure operating assets and projects in several countries including India, Nepal, Turkey, South Africa, Indonesia, Singapore, Maldives and the Philippines.

FirstCry Success Story: The First Choice of Parents and Little Ones

Not only this, Rajiv Gandhi International Airport, Hyderabad and Indira Gandhi International Airport, New Delhi, both these airports operate under the GMR group. Starting from a small jute business, today the group is involved in a billion-dollar club and behind all this is Mallikarjun’s hard work, struggle and foresight. Mallikarjun Rawe, the owner of personal property worth 19 thousand crores, is today counted among the most successful industrialist of India.

Tesla's stock is headed for its worst month, quarter and year on record

Win McNamee | Getty ImagesTesla’s selloff intensified on Tuesday, with the inventory dropping one other…

The Best Thread Count for Sheets