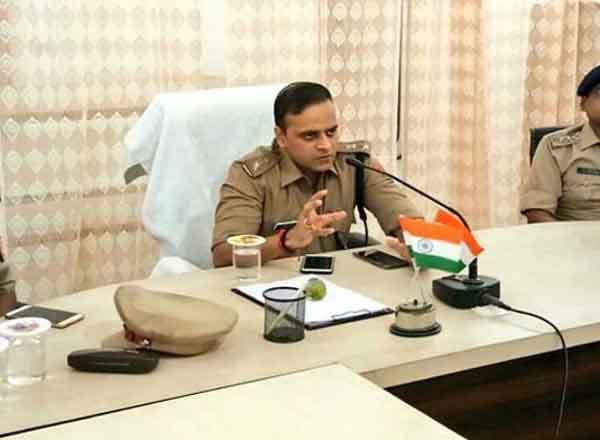 Success Story of IPS Officer Ashish Tiwari returned from Japan rejected the package of 1 crore and became IPS Ashish Tiwari, now helping people doing in Corona: At this time, the whole world is vulnerable to the dangerous virus corona. At the same time, Corona cases are increasing rapidly in India too. The doctors who stand as a shield for the country at such times are our doctors, policemen and IPS, IAS officers, who do not know how long they have been able to go to their homes. People are becoming the support of the country in difficult times. They are trying everything they can. The epidemic has been controlled to a large extent by the better understanding of these administrative officers.

One such IPS officer who stands as a shield of the people at this time. Today we are going to tell you about one such officer. We are talking about Ashish Tiwari, SSP of Ayodhya. Ashish Tiwari, one of the best and fastest IPS officers of UP, is being appreciated in this Corona era. They have formed Corona commandos in the district which are providing quick benefits to the people. Let us tell you about this fast-moving IPS. IPS Ashish Tiwari is originally from Itarsi in Madhya Pradesh.

His father Kailash Narayan Tiwari is the section engineer in Railway Itarsi. Ashish studied up to 12th standard at the Kendriya Vidyalaya in Itarsi. After this, from the year 2002 to 2007, he did BTech and then M.Tech in Computer Science from Kanpur IIT. Then in the year 2007, Ashish’s campus selection was done in the London company. He was selected at the Lehman Brothers Company in London, where he worked for a year and a half.

After this, he worked for a year and a half at Nomura Bank, Japan. Their annual package there was more than 1 crore. He was selected in the expert analyst panel in both banks, but he had a passion for service from the beginning.

Currently, Ashish is posted in Ayodhya as SSP.

Ashish is currently the SSP of Ayodhya. He has been posted there for almost a year. After the decision on the Ayodhya dispute, when the whole world was eyeing Ayodhya, then there was complete peace in Ayodhya with the understanding of SSP Ashish Tiwari. After which he was also rewarded by the DGP on the last Republic Day.

Please tell that now Indian Police Service Ashish Tiwari has formed a special team in his district to help people during the time of corona like an epidemic. This team, formed by the name of COVID-19 commandos, is providing help to the needy over a phone. Apart from this, on any information, the policemen involved in this team are reaching out to the needy for help. Corona commandos are working day and night to help the destitute.

In addition to this, instructions have been given to contact the grocery market and shopkeepers’ numbers for home delivery. 800 policemen, 450 PRV policemen and 4 wheeler vehicles at all 45 checkpoints are provided for assistance.

What is autopilot mode, with the help of which the car runs without a driver, brakes itself and gets parked

Mutual Fund: This fund has given 50% returns to investors in a year, what should be done next?