Revealed: How Netflix plans to stop you sharing your password 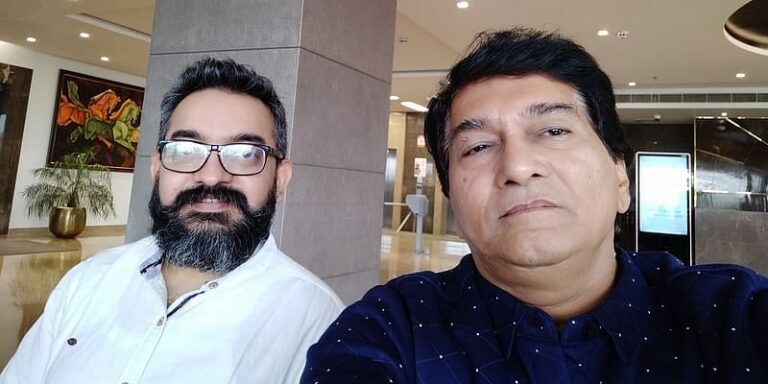 When Akshay Shah dropped out of college in 2003, he realized one thing – SMB’s location in India was very large and wide, yet it did not have automated operations. Akshay was also attracted to software giants like SAP, BAAN, Microsoft, Apple and Google, but he always wondered why India never built software products and focused only on IT services.

Akshay then decided to work with a SAP partner to understand the mechanics of creating tech platforms and software. This led him to launch iWeb Technology Solutions Pvt Ltd, a web-based ERP solution system in 2005. The startup currently has operations in Mumbai and Pune.

The startup is providing enterprise resource planning (ERP) solutions for many verticals. However around 2013 the startup shifted its focus and started digitalizing end-to-end operations on cloud / SaaS for educational institutions across India, i.e. universities, colleges and schools across a home platform called PaaS Agilewiz.

Today, iWeb has around 50 customers, including marquee names such as Frankfinn Institute, LICHFL, Airtel SFA, Reliance ADAG CRM, IndiaInfoline, Destimoney, Vipul Sarees and Ajay Metachem. It also works with many smaller SMBs who wanted to automate their tasks.

When he decided to start, Akshay made contact with his father’s friend Ketan Trivedi, a CA with decades of experience and joined him as a co-founder. He also joined Varsha Shah, who had 18 years of marketing experience in the B2B space, and Yogiraj Kamat, who had 13 years of experience in engineering and technology. The startup currently has a team of 17 people.

Akshay says, “While iWeb was operating well until 2013, the team felt something about the Indian customer.”

“They prefer fixed cost projects and do not pay extra for any changes. This forced us to backtrack. This pushed us to move forward with a comprehensive strategy on what to do and more importantly, what not to do, going back to the drawing board. ”

The team thus transformed into an ERP solutions company, focused on educational institutions. Akshay explains, “IWeb has created a unique Student Universe to provide students, professors and administrators with an amazing educational experience through a comprehensive digitized educational application. It is provided on a freemium model that brings banks, fintech, edtech and many other student services players on a common platform. ”

Apart from this, digital payment has also been less adopted. “There is a dire need for an end-to-end student lifecycle management system to give students a seamless experience, especially during the time of Kovid and in the post-Kovid world,” says Akshay.

How does it work?

With iWeb, universities and colleges get a comprehensive SaaS and cloud-based workflow solution, and banks and financial services get ready and recurring payments from universities’ student base.

The startup has created a ‘Student Universe’ that serves as a marketplace for various student services such as student housing, education materials, books, courses, counseling, student loans, and insurance providers, where service providers are integrated into one platform Under the larger student base one gets ready and qualified access.

For teachers and staff, the platform provides e-lectures and online support and also allows them to avail services such as cashless payments and salaries, e-schedules, online holidays etc.

Students and parents can take admission online, get a certificate, attendance as well as access to e-books and library.

Akshay says, “In total, we have over 80 sub-modules that enable a ‘Student Universe’, a marketplace for many service providers through API integration with multiple banks, FinTech, EdTech. ”

The startup works on B2B2C and freemium models, says Akshay. The current revenue is Rs 150 per year per student.

The platform does not directly charge educational institutions. Instead, it partners with banks, insurance companies, vendors like Edtech Content Providers, Hostels and Student Housing Platforms and Payment Gateways. This, in turn, helps them to give their solutions to the colleges for free.

“Our goal is to add student lending, student housing, education content, books, edtech courses and counselling, which will increase the average revenue to Rs 325 per year,” says Akshay.

Some of the major clients of the startup include Indian School of Business (ISB), Bombay College of Pharmacy, SVYASA Yoga Research, Akola Agricultural University, IGIDR, IIGJ and many more.

However, there are some other players who provide services similar to iWeb. These include Fedena, Serosoft, MasterSoft, IoN and US-based Cleaver. Akshay points out that the startup’s business model is similar to Claver’s, but its main difference focuses on the freemium model.

Two lions mistook the bull as their prey, but then you will be stunned to see what happened – watch video

Representative Image Lion is the ‘King of the Jungle’. Seeing which every animal runs away.…