Why did the swashbuckling batsman who won the ‘Player of the Series’ test series against India become emotional? Which killing instinct helped South Africa win? Learn 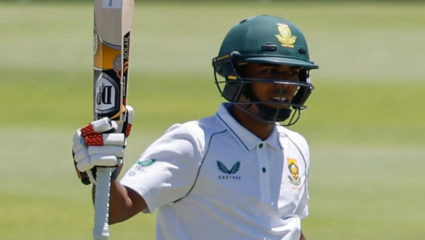 The first 3-match Test series was played in the bilateral series in the tour of South Africa, which ended on Friday, 14 January. South Africa won the series 2-1. It is worth noting that in the first Test match played at the Centurion ground of this series (IND vs SA Centurion Test Match, 2021), India won by 113 runs.

But, South Africa defeated India badly in both the Test matches played in Johannesburg and Cape Town and raised their flag in the Freedom Series (IND vs SA Test Series). South African batsman Keegan Peterson was also given the ‘Player of the Series’ award for his excellent batting in this Test series.

Keegan Peterson told the media in the post match presentation, “I can’t believe it at all. To be honest, many types of thoughts come to my mind. I am happy and emotional too. Since yesterday I was trying to be positive. Because, there have been difficult situations on all sides here. It’s been a long journey. I can’t tell the whole story right now. I can believe it till tomorrow morning.”

Keegan Pietersen, who was the legend of the Test series between South Africa and India, told about the killing instinct, due to which his team defeated India easily. He said, “We knew from the beginning that this series (IND vs SA Test Series) will be difficult. India is a team with a great bowling standard. We just wanted to maintain the mindset of taking on this. I just believe that the longer you bat on these pitches, the easier it becomes to play. So, I just really enjoyed batting on this pitch.”

Significantly, after lunch on the fourth day at Cape Town on Friday, South Africa needed just 41 runs to win. Rasi van der Dussen and Temba Wabuma gave their team an easy victory in this match against India after lunch. As a result, Team India lost the decisive match by 7 wickets and their dream of winning a Test series against them on South African soil again remained unfulfilled.

6 signs that say that you are an overthinker, know how to break this cycle?

68 percent people use the same phone for office and home, know what happened in this survey and what revelations

FD vs RD: Confusion about RD or FD, understand in this way which investment is better