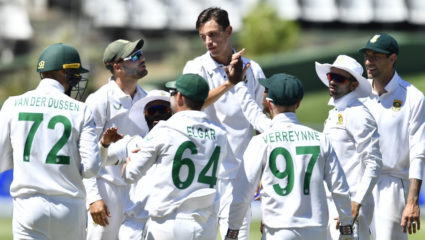 With that victory Dean Elgar’s men win the #BetwayTestSeries 2-1 🔥 Thank you to team @BCCI for a great series, we look forward to many more👏 #SAvIND #FreedomTestSeries #BePartOfIt | @Betway_India pic.twitter.com/B03ElFBxTK

On the fourth day of the match, South Africa needed 111 more runs to win. Whereas India needed 8 wickets to win. But, Indian bowlers could not stand in front of South African batsmen. In this decisive match, only wicketkeeper Rishabh Pant’s bat spoke. He scored a brilliant century on the ground of South Africa, but this century could not save Team India from losing.

It is to be known that in the year 2018, the Indian team went to South Africa for the first time under the captaincy of Virat Kohli. At that time also India had failed to win the series. At the same time, for the second time this year, India could not achieve a historic victory under the captaincy of Virat Kohli. This time also India could not create history in South Africa. Due to which the fans and the entire Indian team are very disappointed.

Now you will be able to watch movies and web shows on BookMyShow, stream service of BMS started

Ether continues to rise, but bitcoin is ‘sluggish’ at the 50 thousand dollar mark.