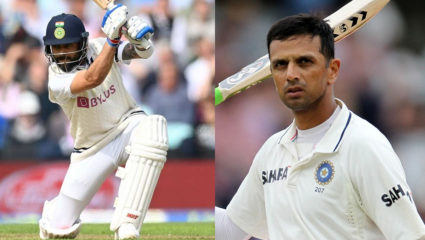 Virat Kohli, the captain of the Indian Test team, has not been seen in his best form for the last 3 years. But, the cricket world’s Angry Young Man ‘Run Machine’ Virat Kohli (Virat Kohli Captain Indian Cricket Team) batted against South Africa in the third and decisive match of the series being played at Newlands Stadium in Cape Town, Team India The record of former great batsman captain Rahul Dravid (Rahul Dravid The Wall) has been broken.

India were bundled out for 223 runs in the decider and final Test match of the latest Test series being played at the Newlands ground in Cape Town and South Africa, batting their first innings, scored 17 runs for the loss of one wicket. South Africa captain Dean Elgar was dismissed by India’s deadly bowler Jasprit Bumrah.

Reliance Jio started 5G testing in these cities of the country, big companies like Nokia and Samsung got together