PV Sindhu’s brilliant performance, made it to the semi-finals of India Open 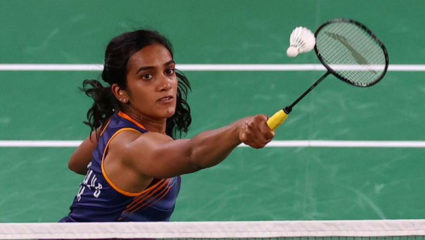 Top seed former world champion Sindhu defeated 21-year-old Chaliha 21-7 21-18 in a match that lasted 36 minutes. She will face sixth seed Supanida Katethong of Thailand in the last four to reach the final. Ketthong made it to the semi-finals after third seed Yeo Jia Min of Singapore pulled out of the tournament due to ‘high fever’.

Sindhu last played against Chaliha in the 83rd Yonex-Sunrise Senior National Championships in 2019. At that time the young player of Assam had given a strong performance. Chaliha took a long time to find his rhythm on Friday. Though she gave a tough fight in the second game, it was not enough to stop Sindhu.

PV Sindhu used all her experience in the opening game to take an 11-5 lead. As the match progressed, the gap between the two players increased. Chaliha proved herself better in the second game to level 9-9. Sindhu then took a 15-11 lead, but Chaliha came back again to reduce the score to 15-15.

After this, PV Sindhu increased her aggression in her game by getting four points and came close to victory. In the second semi-final, Akarshi Kashyap will face second seed Busanan Ongbamrungphan of Thailand. The Indian registered a 21-12, 21-15 win over compatriot Malvika Bansod in the quarterfinals on Friday.

Mukesh Ambani’s troubles may increase, Reliance shares may fall by 35% this year, this foreign firm gave this rating