In the title matches of the Test series, India has an upper hand than South Africa, South Africa is second in winning the decisive match in its country. 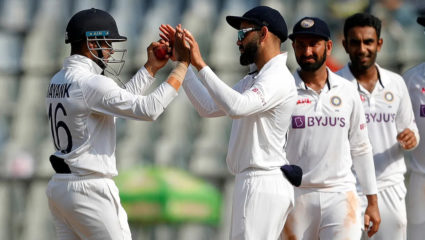 The third and final deciding match of the 3-match Test series between India and South Africa (IND vs SA Test) has started from today at the Newlands Cricket Stadium in Cape Town. In this latest series, both the teams are currently tied at 1-1. India defeated South Africa by 113 runs in the first test match played at Centurion. After that, in the second match played in Johannesburg, South Africa defeated India by 7 wickets. Now this decisive match is being played. Whoever wins the match will win the series. By the way, records show that India’s record in the deciding matches of the Test series has been excellent.

The history of Test cricket tells that India has played the deciding matches of the Test series 33 times, winning 12 and losing 8 matches. And 13 matches were drawn. South Africa are second in terms of winning the series decider at their home ground.

India has played 18 decisive Test matches in overseas tours so far, in which India have won 6 matches, lost 6 matches and drawn 6 matches. At the same time, South Africa has played 9 decider matches of the Test series outside their country so far. Of these, he won 3, lost 3 and drew 3 matches.

The history of Test cricket shows that the Indian team has won 5 matches out of 6 title matches played so far in the last 21 years in overseas tours. Significantly, the last time India waved the tricolor in their tour of Australia was in 2021 in the decider of the Test series against Australia. That match and victory became historic. Because, Australia had never had to face defeat in any match in the Gabba ground in almost 30 years. But, India defeated Australia (Australia vs India Test Match Gaba, 2021) and won the series. In that title move, India’s young wicketkeeper-batsman Rishabh Pant (Rishabh Pant Wicket-keeper Batsman Team India) played a winning innings.

But, so far in this latest series against South Africa, Rishabh Pant’s bat has been cold. It is expected that he will show his fierce form once again in the deciding match of Cape Town.

The next rally will come in the leadership of banking and metal stocks, today’s top 4 intraday trading stocks, only these can generate strong...

Big relief to central employees, dearness allowance announced to increase from 17% to 28%

Xiaomi Mi 10i 5G Launch: Xiaomi is bringing a new smartphone, know the details of features