Day 4 of the match: Indian bowlers will have to do wonders, soon South African batsmen will have to show the way to the pavilion 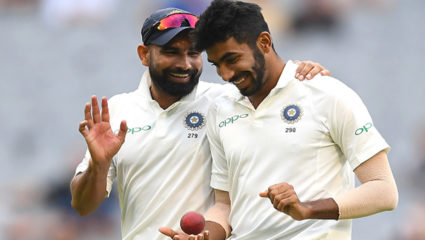 New Delhi: The decider match of the Test series (IND vs SA 4th Test Match) is being played between India and South Africa. Today is the fourth day of this match i.e. on January 14. In such a situation, the situation in India is not special. In its second innings too, India failed to give a big score to South Africa. At the same time, even in bowling, Team India does not seem to be in the best position. In such a situation, in the fourth day’s game, the Indian bowlers will have to do amazing work.

South Africa is currently desperate to win the series. The team is just 111 runs away from its destination. In response to the target of 212 runs from India, South Africa scored 101 runs for the loss of two wickets at the end of the third day’s play. For South Africa, captain Dean Elgar and Keegan Pietersen (48 not out) had put their team in a strong position, but in the last over of the third day, Jasprit Bumrah got the wicket of captain Elgar. .

However, South Africa still looks strong in the match. The team still has 8 wickets in hand. In such a situation, India will have to win this series 2-1 by taking 8 wickets at the earliest. Indian bowlers can play the most important role in doing this, on whom everyone’s eyes are currently fixed.

This match is very important match for India. If India is successful in making this match its name, then it will prove to be a historic victory for the Indian team. Actually, India has not won a single test match in South Africa till date. In such a situation, this victory is very important for India. Therefore, if India team has to win this match, then they will have to send Pietersen back to the pavilion as soon as possible. India can make a comeback in this match by getting the wicket of Pietersen.

Sourav Ganguly said after the postponement of the domestic tournament, the board will make a revised plan

RBI has canceled the license of this bank, what will happen to the deposit money of the account holders?

Are you also spending more time on Instagram? With the help of these three steps, you can get away without deleting the account.