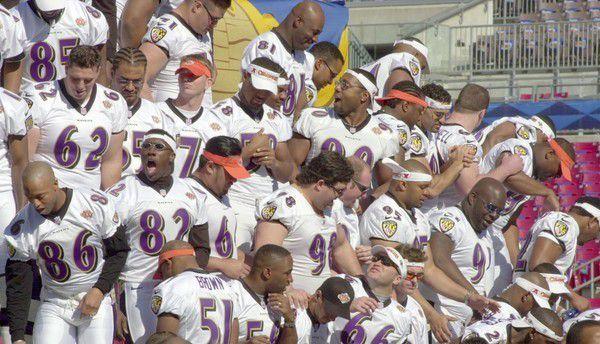 Every week earlier than this 12 months’s Super Bowl, ESPN Films will air a “30 for 30″ documentary on the Super Bowl-winning Ravens team titled “Bullies of Baltimore.”

The documentary, which is a “lively and colorful look back at the team’s magical season,” per an ESPN information launch, will air on ESPN on Feb. 5 at 8:30 p.m. after which be accessible for streaming on ESPN+.

The Ravens set a document for fewest factors allowed (165) in a 16-game common season in 2000 after which held every playoff opponent to 10 factors or fewer on their strategy to a 34-7 win over the New York Giants in Tampa, Florida, in Super Bowl XXXV. The information launch described these Ravens as “arguably the most dominating defensive team in NFL history — and perhaps the most entertaining club that pro football has ever seen.”

With commentary from the likes of Shannon Sharpe, Ray Lewis, Brian Billick, Trent Dilfer, Rod Woodson, Jamal Lewis, Marvin Lewis, Kevin Byrne, Jack Del Rio and the late Tony Siragusa, the documentary is framed by a reunion in May 2022 filmed in entrance of a dwell viewers in Baltimore.

“Being on stage together, just a month before Tony Siragusa passed away, gave them an opportunity to celebrate their glory days in the perfect setting,” co-director Jason Weber stated in a launch.

Added co-director Ken Rodgers: “We’ll never see another team like the 2000 Ravens. If they played in today’s NFL, given the social media landscape, their braggadocious personalities and physical style of play would constantly spawn memes, talk-show controversies and Twitter wars. No team dominated the sports world, on and off the field, quite like this one.”

Vivo T1 5G smartphone will knock on February 9, know how much it will cost

Philips launched a mask of Rs 6990, know what is its specialty

The Russian-Ukraine War is affecting the whole world. Meanwhile, NASA has said that it has…