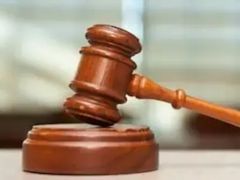 The Kerala High Court, while dismissing an appeal in a property dispute case, said it was shameful for a son-in-law to argue that he was adopted as a member of his father-in-law’s family. The High Court held that a son-in-law cannot have any legal right in the property and house of his father-in-law, irrespective of the amount of money he has spent to build the house.

Davis Raphael of Taliparamba, Kannur, filed a petition for his claim on the property of his father-in-law, Hendry Thomas, which was dismissed by Justice N Anil Kumar against an order of the Payyannur sub-court.

The father-in-law filed a suit before the trial court, claiming a permanent injunction to Davis from encroaching upon his property or interfering with the possession and enjoyment of the property and house.

According to Hendry, he obtained the property for St Paul’s Church, Trichambaram in Kannur and on his behalf on the basis of a gift deed from Father James Nasrath. Hendry claimed that he had built the house on his own money here, where he is living with his family. He argued that his son-in-law had no right over the property.

His son-in-law, Davis, argued that he had married Hendry’s only daughter and was adopted as a member of the family after the marriage. Moreover, the title of the property itself is questionable, as the purported gift deed was executed by church officials for the family. Therefore, the son-in-law said that he has the right to stay in the house.

Dismissing the appeal, Justice N Anil Kumar observed, “When the plaintiff (father-in-law) is in possession of the property, the respondent, son-in-law cannot argue that he should be treated as a member of the family after marriage with the daughter of the plaintiff. and he also has a right over the property.”

The judge further said, “The son-in-law may be allowed to reside in the house of the plaintiff. But the son-in-law cannot have any legal right over the property and house of his father-in-law, even if he has spent money on the construction of the house. “

Gainers Losers: After consolidation, the market closed in the green, these stocks were the biggest movement

It is easy to read deleted messages on WhatsApp, just have to do this work

PM Modi to meet with all Chief Ministers on January 11, to discuss corona vaccination