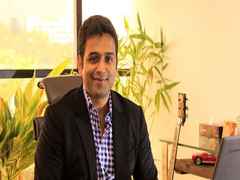 Retail investors are crazy about GameStop and AMC Entertainment stocks in the US capital markets. Stocks of these two companies have increased by 6 times in just 4 to 5 trading sessions. On Wednesday, the Dow Jones () declined 2%, but shares of video game maker GameStop jumped 130%. At the same time, AMC Entertainment stocks had jumped 300%. In view of the insanity of investors for stocks of these two companies in US capital markets, Nithin Kamath, the co-founder of Zerodha, the country’s largest discount broking firm, said that Indian Capital Markets developed According to Western countries, they are more well regulated.

In fact, on January 12, GameStop’s share price was $ 20, which jumped to $ 345 in 10 trading sessions. That is, the shares of the company rose 15 times in 10 days. At the same time, AMC Entertainment stocks were priced at only $ 2.98 on January 21, which jumped to $ 19.88 on January 27. That is, the stock of the company increased 6 times in 4 trading sessions. Such a tremendous increase in the stocks of these two companies came due to short squeeze. To this, Zerodha’s co-founder Nitin Kamat said that we have a habit of looking towards western countries and we think that what they are doing is right. That is why I want to tell the Indian retail investors that India is better than Western countries in terms of capital market regulation.

These shares will get boost from budget, brokers will check value and you will earn

Maximum limit of speculation in India fixed at 20%

Nitin Kamat made several tweets on Friday to show that the capital market regulation in India is better than Western countries. He said that in India, the limit of short selling or buying from the derivatives market of a company of a single entity is fixed. There is no such restriction in America. Circuit filters are also applied to stocks in India, so like in the US, no stock can climb 200 or 300% in a day. He said that there is no limit to the short position of stocks in the US, as in the case of GameStop. In this, 140% shares of the company were floated free. Whereas, its maximum limit in India is 20%.

Higher losses to retail investors due to higher speculation

Nitin Kamat said that when there is too much speculation about a stock in the stock market, retail investors are the biggest losers. He said that the regulatory rules for the market in India have been well designed and the interest of investors has been given the highest priority. Whereas in the regulation of other Western countries including the US, companies have been given priority. He said that the reason for the weak regulation in American is the powerful lobbies there. The US Securities and Exchange Commission is now investigating these insanity released in the US Capital Markets and is investigating the rigging.

Continued uptick in Stock Market and fall in Paint Stocks, Are Indigo Paints’ Expectations of Listing at a Premium End?

Suppose Short Traders predict that the stock of XYZ Company will fall and its prices will fall from Rs 100 to Rs 80. They then take a short position and bet on selling the stock at Rs 100, when in reality it has a lower market price. But when the stock of the company starts accelerating instead of declining, suppose it reaches Rs 120, then in such a situation, traders trading, in short, have to suffer a huge loss, because they have to sell that stock for Rs 100. The company has to buy back for 120 rupees. Now, in order to make up for this loss, short traders start buying the stock, which causes the company’s stock prices to climb very fast. This phenomenon is called a short squeeze, which has happened in the case of GameStop and AMC Entertainment.

So India-Pakistan are working to improve the relationship in this way, but the question is the same – will you get success?