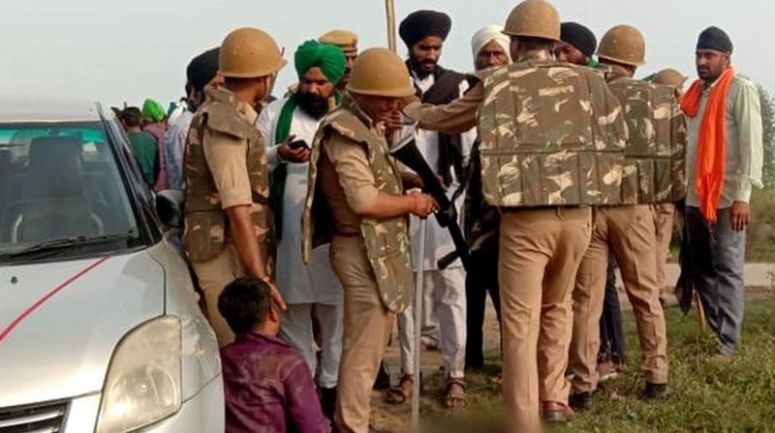 Lakhimpur Kheri Violence Live Updates: The BJP government has come under fire over the killing of eight people, including four farmers, allegedly from the convoy of Union Minister of State Ajay Mishra Teni in Lakhimpur Kheri, Uttar Pradesh. It is alleged that Ajay Mishra’s son crushed the farmers under his SUV.

Meanwhile, in order to control the situation after the Lakhimpur Kheri violence, the Yogi Adityanath government of Uttar Pradesh had requested to send central security forces, which was approved by the Union Home Ministry, but at the same time, to clear its old dues. Have done it too.

In fact, eight people, including four farmers, were killed in violence that broke out in Tikonia area of ​​Lakhimpur Kheri district on Sunday during farmers’ protests over the visit of Uttar Pradesh Deputy Chief Minister Keshav Prasad Maurya. The incident took place on the Tikonia-Banbirpur road. The opposition has targeted the government over the Lakhimpur Kheri incident.

Angry farmers set both the vehicles on fire after two vehicles of BJP workers who were going to bring the Deputy Chief Minister to the venue allegedly hit the protesters. Four farmers and four other people on the vehicles died in this incident. The farmers were protesting Maurya’s visit to Banbirpur, which is the native village of Union Minister of State for Home and Kheri MP Ajay Kumar Mishra.

Union Minister Ajay Kumar Mishra’s son’s SUV allegedly trampled four farmers. A 29-second video is going viral on social media. In the video shared by Congress and Sanjay Singh on their Twitter account, the SUV vehicle can be seen speeding through the crowd of people. It is seen in the video that the car is going to trample the farmers.

What is the Cost Inflation Index? Know how this index can reduce your tax burden