Will the talk or movement continue? Meeting between government and farmers today, these issues will be discussed 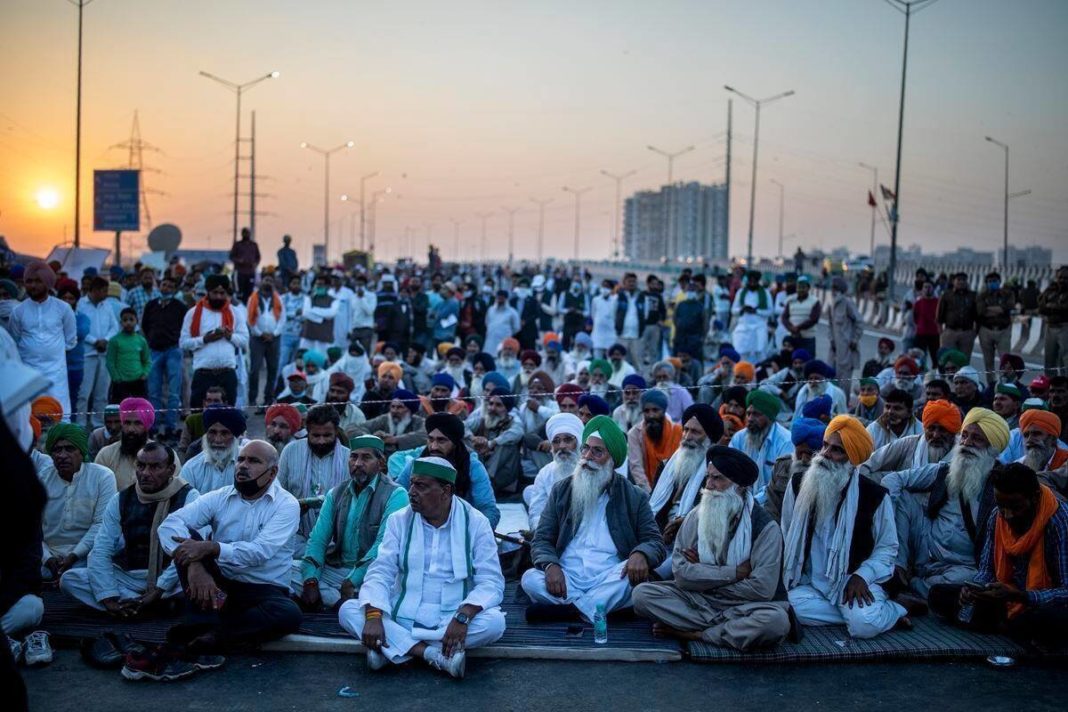 There have been protests against central laws for almost a month. (Image- AP)

Farmers Protest: Today, on December 30, the sixth round of talks will be held between the central government and the farmers. This conversation will take place in Vigyan Bhavan. The protesting farmers have written a letter to the central government a day earlier and made it clear that the talks will be on repeal of only three agricultural laws, legal guarantee of minimum support price (MSP) and over laws related to electricity and air quality. .
The central government was asking the protesting farmers to resolve all the issues through constant dialogue. A day before, the United Kisan Morcha formally accepted the invitation by writing a letter to the government. The United Kisan Morcha represents 40 farmer organizations.

These issues will be discussed

United Kisan Morcha made it clear in its letter that in the talks to be held today, there will be a discussion on repealing the three agricultural laws and giving the legal guarantee of MSP. Apart from this, the Morcha said that in this meeting, the Commission for Air Quality Management for Delhi NCR and surrounding areas should be amended. The Morcha has demanded that farmers be excluded from the provisions of fines under the Air Quality Management in the National Capital Region and Advancing Areas Ordinance, 2020.
Apart from this, it has been said in the letter that the withdrawal of the Electricity Amendment Bill 2020 will also be discussed so that the interests of farmers are not affected.

Agricultural bill was implemented in September

The Central Government implemented three agricultural laws in September 2020. According to the central government, this is a big improvement for the agricultural sector. This will eliminate the role of middlemen and farmers will get the freedom to sell their crop to anyone at any place across the country. The farmers on these laws say that this can eliminate the MSP and the market and it will leave them at the mercy of big corporate houses. For the last 31 days, thousands of farmers have been protesting at Sindhu, Ghazipur and Tikri border to cancel these laws. Most of these farmers are from Punjab and Haryana.

Titan Watch is crazy for you, good news for you

Will ‘Jinping Raj’ End in China? Expectations for Chinese President to achieve third term are low