Why is the college closed if two doses of the vaccine are necessary? Loss of students, displeasure with the decision of the government 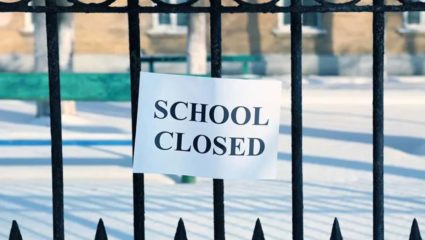 Nagpur. After the relief from Corona, when the colleges were opened in November, the government made it mandatory for the students to have 50 percent capacity along with two doses of the vaccine. According to the same rules, the colleges were running, but after increasing the infection, once again it was decided to close the college till February 15. Not only the students but also the parents are surprised by this decision. Students say that when two doses of the vaccine have been taken, then there is no justification for closing the college. At the same time, experts related to the education sector believe that due to repeated closure of colleges, students are being harmed. Online teaching has almost stopped. This is the reason why the concern of the youth about their career has increased.

Almost all the students were vaccinated after two vaccines were made mandatory for college admission. The studies in the colleges were also going well. Due to offline classes, students’ interest in teaching has also started increasing. At the same time, the university administration also started preparing for the winter session examinations. It was expected that the examinations of the summer session would be taken offline, but after the outbreak of Corona, the government once again closed the colleges.

Experts related to the education sector believe that it is not fair to compare college students with school students. When everything is open then only closing the colleges is like causing loss to the students. Students want them to go to college but the government is making them habit of online. Students with practical based studies including science, engineering are being harmed. Last year also practicals could not be done. Now this year also the same situation has come. All the students are not only passing in the online exam but also appearing in the merit. Jobs will also become difficult for these students in future. The government should seriously think in this direction.

Classes can be held with half capacity

When most of the students have got both the vaccines, then there is no justification for closing the college. On the one hand, while everything is open, then keeping the colleges closed means doing academic loss. Due to the frequent closure of the college, the link with the studies of the students is getting broken. Students coming from outside are facing financial loss. The government should think seriously while taking any decision.

Colleges can be run with half the capacity. On the one hand, social distancing will be followed. On the other hand, studies will also continue. Due to online examination, the quality is directly affected. The situation is that students are roaming around with degrees. There are also problems for employment. This will lead to more unemployment in the future. Students are ready to come to college but the government is making them habit of online. Frequent closure of colleges is not the solution to the problem.

Virat missed the century, but became the first captain of India to make ‘such’ record on South African soil

This electric car will give a range of 1000 km in a single charge, see its design