Whether it is about global issues or women’s equality, know why Bangladesh is different from other Muslim countries 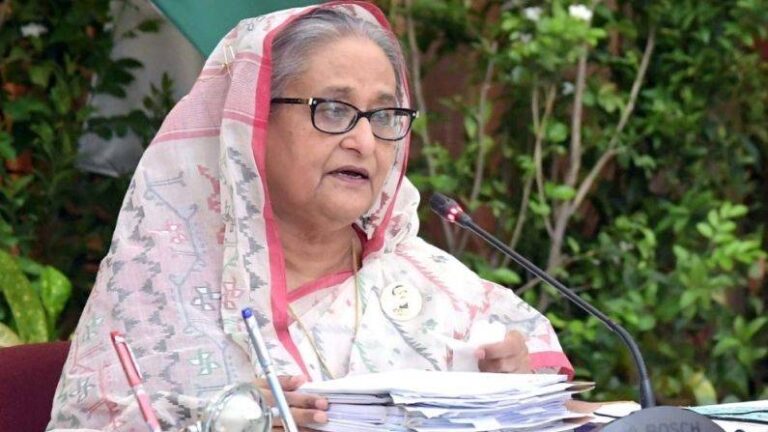 Bangladesh is a Muslim country (Bangladesh), which has a different stand on global issues. While Pakistan and Turkey are seen holding a high voice, Bangladesh talks about working with silence.

Bangladesh (Bangladesh) has taken that decision a day ago, which may shock other Muslim countries of Asia and Middle East. This is a decision which, along with increasing peace, appears to reduce bigotry. Bangladesh has removed the travel ban imposed on Israel. Earlier, on Bangladesh passport, it was written – ‘This passport is valid in all countries except Israel.’ But now it is not so. Israel has welcomed this decision.

This decision has been taken at a time when there is a lot of resentment towards Israel in Muslim countries. Because recently there has been an 11-day fierce battle between Israel and the Palestinian extremist organization Hamas (Israel Hamas Conflict), in which hundreds of people were killed. Of course, most Muslim countries do not have much affection for Hamas, but they certainly have sympathy for the Palestinians. All Muslim countries appeared in support of Palestine, while countries that believe in secularism kept advising Israel and Hamas to maintain peace.

A message spreads in the world

Bangladesh Home Minister Asaduzzaman Khan Kamal has said that some changes are being made to ensure that the passports meet international standards. Although Bangladesh did not say anything about whether it recognizes Israel as a country or not, the echo of its decision has been heard worldwide (Bangladesh on Israel). A message is being sent from this that now Bangladesh does not want to be a part of any one faction but instead wants to walk with all the countries of the world. Let me tell you that there are about 13 countries, including Pakistan, where citizens cannot travel to Israel.

Opinion from other Muslim countries

On the issue of Israel and Hamas, where most of the Muslim countries supported Palestine in unison and said that Israel should stop the attack on it. Many countries even went so far as to say that Israel is committing ‘genocide’. Regarding this, Organization of Islamic Cooperation i.e.OIC also issued a statement and Saudi called its emergency meeting (Muslim Countries on Israel Hamas Issue). Pakistan and Turkey exaggerated statements. But in this episode, see Bangladesh’s statement, he appealed to the United Nations to end the violence and solve the problem according to international rules.

How Bangladesh is holding democracy

Since 2008, Sheikh Hasina’s Awami League government has been in this country continuously. Which has worked to bring stability in Bangladesh, which is considered to be politically unstable, to establish economic development and to clamp down on bigotry. Under the leadership of Prime Minister Sheikh Hasina, the country’s economy is growing every year. There is no shortage of fundamentalists in this country as well (Democracy in Bangladesh). The recent visit of Prime Minister Narendra Modi is the biggest example. There was a lot of protest here before his visit to Bangladesh, but the government took action against those who committed violence, and assured the Prime Minister of safety.

Apart from this, in the rest of the Muslim countries, women live among all the restrictions. This is not seen in Bangladesh. From here, about $ 34 billion worth of readymade garments were exported in the year 2019 before the corona virus epidemic. About 40 lakh people are employed from this region, the majority of which is women (Women in Bangladesh). Supporters of Prime Minister Hasina say that it is only due to the economic development of the country that people are getting out of poverty. For this, whether it is about primary education or health and social development, Bangladesh is overtaking its neighboring countries.

India played an important role in liberating Bangladesh from Pakistan, and even today the friendship of the two countries remains intact. However, Bangladesh’s Citizenship Amendment Act was described by Bangladesh as ‘unnecessary’ and said that India wants to say that 9% of Bangladesh’s Hindus are unsafe. But when it came to the relationship between the two countries, Bangladesh reiterated the issue of positiveness in unison. The basis of India-Bangladesh relationship is national interest (India Bangladesh Relations). Bangladesh has helped India a lot in controlling the northeastern states and the rest of the separatists. India also provided him with the help of vaccine.

These countries also changed their stance

During the tenure of the then US President Donald Trump, many Muslim countries extended a hand of friendship towards Israel. The United Arab Emirates, Bahrain, Morocco and Sudan signed an agreement known as the ‘Abraham Accords’. During the last time of the Trump administration, this agreement was widely publicized. Meanwhile, many Arab countries formalized this relationship (Abraham Accords). Along with this, he moved towards cooperation on many issues. The main objective of this agreement is to maintain peace and cooperation. Now it will have to be seen how all these are able to remain firmly in the future.

Also read- … Then Imran Khan will leave Pakistan and run away! Bilawal Bhutto made a sensational claim

Also read- Why is there a ruckus in the arrest of a journalist who was ‘plane hijacked’ in Belarus? European Union criticized from US

With Boston vaccine-mandate case before SJC, what’s next?

Realme is set to host a special launch event on December 20. The company can…

Weddings will be celebrated in America this year, 26 lakh people are going to get married

(Image-Instagram) new Delhi: Due to Corona, many things have not happened in the whole world…