When will the mega auction of IPL now take place? Auction to be held in Bangalore will be postponed due to new strong wave of Corona 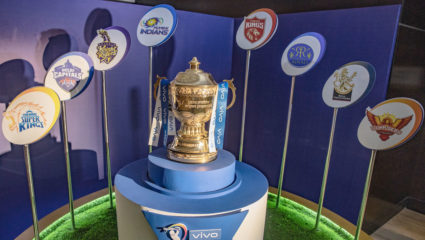 The BCCI took a tough decision to postpone the ‘Ranji Trophy 2022’ season and all domestic tournaments a day earlier. Because, once again, cases of corona infection are being seen very fast. In view of this new deadly wave, an atmosphere of panic is being created in many states of the country.

In such a situation, it is believed that the mega auction of IPL 2022 (IPL MEGA AUCTION 2022), which was to be held in Bengaluru on 7 and 8 February, will no longer be held in Bengaluru. Sources are telling that, now BCCI is planning to get it done in some other city.

It is also worth noting that regarding the mega auction of IPL, BCCI has not yet booked a hotel for this mega event. The three cities put on standby for the auction are Kolkata, Kochi and Mumbai. Significantly, in these three cities too, there is a huge increase in the cases of corona.

In such a situation, there is every possibility that the date of the mega auction of IPL may be extended. There is no doubt that lakhs of cricket fans who are eagerly waiting for IPL will be disappointed. But, there is a talk of ‘Jaan hai to Jahan hai’. In view of safety, precaution has to be taken.

According to BCCI sources, the date of ‘IPL MEGA AUCTION’, 2022 can be congratulated and the venue of its event can also be changed. It is worth noting that last year also the slow infection rate had come under fire during which IPL matches had started and 29 matches had been played. After which IPL 2021 was postponed and a few months later the remaining 31 matches were held in UAE.

Giving information, a senior BCCI official said, “Some things are out of our hands and we should wait. We are monitoring the situation and are in touch with the State Cricket Association. If we need to shift the venue (IPL MEGA AUCTION 2022 venue), that can also be decided.”

It is worth noting that the BCCI has postponed the Ranji Trophy 2022 indefinitely after 6 players in the ‘Bengal Ranji Team’ along with Shivam Dubey of the Mumbai team were hit by Corona. Have given.

Flipkart has brought mobile bonanza sale, these great phones are getting huge discounts

The fear of a major ‘environmental disaster’ due to the sinking of the ship in Sri Lanka’s waters, the danger of heavy damage to...