When the question on Uighurs was asked to Imran Khan, the ‘leader of Muslims’, he stopped talking, citing relations with China 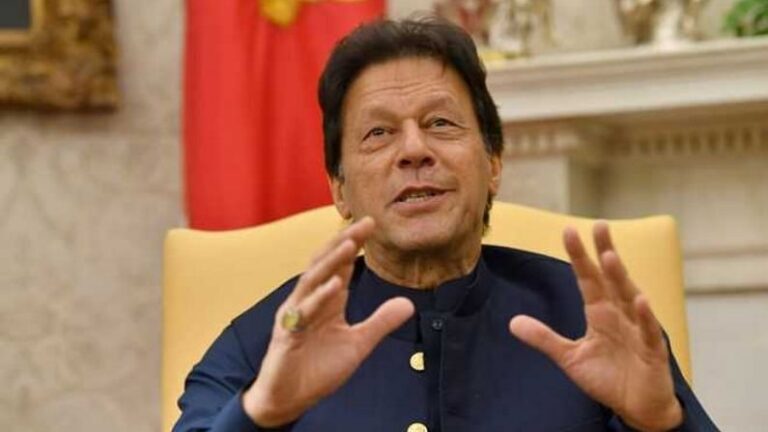 In an interview given to CBC News, Imran Khan was reacting to a Pakistani family who were recently victims of hate crime in Canada.

Pakistan, which has become the leader of Muslims around the world, remains silent on the atrocities committed against Uyghur Muslims in China. Pakistan has also been criticized for its silence on human rights violations in Xinjiang province, located in the northwest of China. At the same time, now Pakistan’s Prime Minister Imran Khan has broken the silence and explained why he does not defend Uighur Muslims. Imran said that he has economic ties with China, so he cannot criticize Beijing.

In this way, it has become clear once again how China has put ‘economic shackles’ at the feet of the government of Pakistan. According to media reports, in recent years, about one million Uighurs have been imprisoned in re-education camps, where Beijing commits various atrocities with them. The Chinese authorities are accused of forcibly making Uighur Muslims in these camps (China Uyghur Camps). As well as systemic birth control and torture. In addition, families are separated from their children.

Asked why he would not defend China’s Uyghur Muslims, PM Imran Khan says: “We have economic ties with China, China is our neighbour. They’ve been very good to us in our most difficult times…if we have concerns we talk about them behind closed doors.” pic.twitter.com/V15dpTCoDd

Imran was speaking about the Pakistani family killed in Canada

In an interview given to CBC News, Imran Khan was reacting to a Pakistani family who were recently victims of hate crime in Canada. Imran, who spoke about ‘Islamophobia’ in France and Canada, said, ‘Everyone in Pakistan is shocked, because we have seen the pictures of the family. This kind of behavior with the family has had a deep impact on Pakistan. However, when Imran was asked why he does not speak anything about the Uighur Muslims of China, as he speaks for other Muslims. On this, Imran referred to Pakistan’s friendly and economic relations with China.

What did Imran say about the Uighurs?

Pakistan Prime Minister Imran Khan said, ‘Our relations with China are such that whatever issues we raise with China are always behind closed doors. Because Chinese society is like this and we respect them. We have economic relations with China, they are our neighbours. They have been very nice to us in our most difficult times. Therefore, we respect the fact that we are concerned. But we talk about that behind closed doors. Significantly, Pakistan is badly trapped in the debt trap of China. Because of this, he has to think twice before speaking against China.

Also read: Abdul came after studying engineering from China, selling watermelon juice in Pakistan, said – my career is over .. I will throw away the degree

Taking Stock: Great rally returned in the market, Nifty closed above 16900 before US Fed’s decision, know how it may move tomorrow