What will happen to Aung San Suu Kyi’s future? Appeared before the court for the first time after the coup 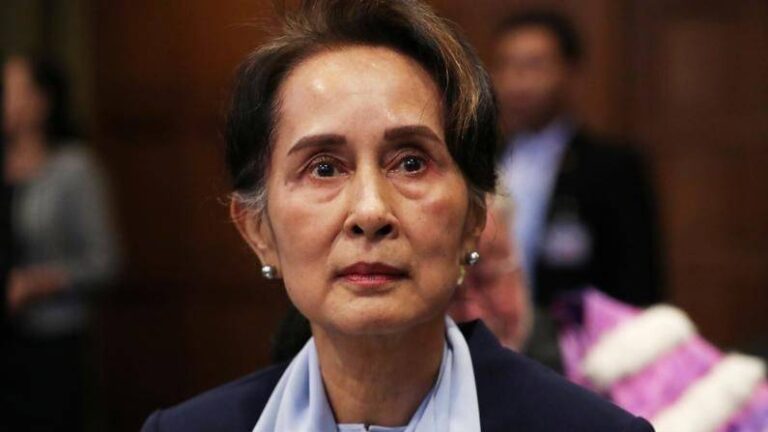 Min Min Soo said after hearing in the court that the main thing Jo Suu Kyi said is that she always wishes for the better health and betterment of all people.

Aung San Suu Kyi, the deposed leader of Myanmar, personally appeared before the court on Monday for the first time since he was detained following a military coup on February 1. Myanmar media gave this information. One of his lawyers, Min Min Soo, called the Associated Press and told him that the city council of Suu’s capital, Naypyitaw, appeared before the Special Court (Court) set up in the building and met her lawyers earlier.

The lawyer also met President Win Mint, who was Suu Kyi’s State Counselor in his government. He is also facing the same charges that Suu Kyi is facing. Suu is facing many criminal cases, but in the past he was presented in court through video conference. Suu Kyi was not being allowed to meet any lawyer.

Min Min Soo said that Suu Kyi has a message to the people of Myanmar that his National League for Democracy (NLD) party stands with him. Min Min Soo said after hearing in the court that the main thing Jo Soo Ki said is that she always wishes for the good health and well-being of all the people.

He also said that since NLD has been established for the people and NLD will exist as long as people live. She said that she looked refreshed, healthy and confident. The hearing against Suu Kyi took place on Monday on various criminal cases which she is facing.

The most serious charge may be imprisoned for 14 years

Two of these cases are in violation of the Natural Disaster Management Act during the election campaign of the year 2020 in view of COVID-19. In addition, he is accused of illegally importing walkie-talkies for his bodyguards, using unlicensed radios and spreading information that could have caused tension among people. The most serious charge against Suu Kyi is the breach of the colonial privacy law in which he can be imprisoned for 14 years, but the matter is being heard by another court.

Also read: Pakistan: Indian High Commission officials and families ordered to stay in Quarantine, wife of one officer was infected

Also read: Did Israel and Palestine fight end after ceasefire? Things may remain like this in the coming times

Massive fire in Turkey, Greece, Italy and Spain, people unable to breathe due to smoke, hundreds of residents forced to leave their homes

Forest Fires: Due to the fierce fire in the forests of Turkey, dozens of people…

It all began with a tweet. On the eve of returning to England, Sandy Domingos-Shipley…