What will be new and what are the major changes in Unlock 4.0 Guidelines 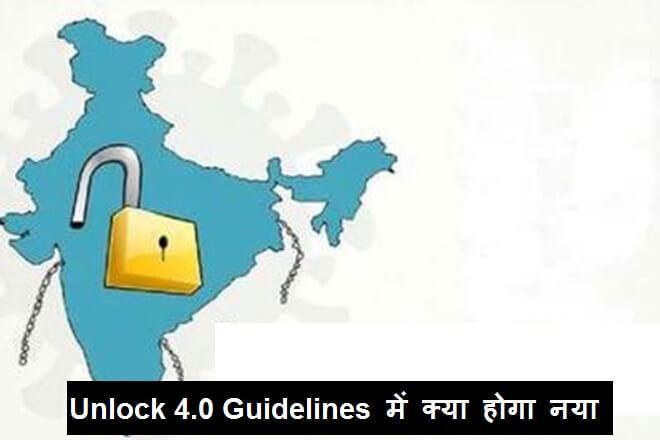 What will be new in Unlock 4.0 Guidelines – In view of the growing case of Coronavirus, the government is slowly moving towards opening the economy completely, in which order the next month is going to be very important. Actually the third phase of unlocking is ending on the 31st of this month and the fourth phase is starting on 1st September. Metro service has been allowed to be restored in Unlock-4, i.e. from September 7, you will be able to ride the metro.

According to the guidelines, there will be more relaxed in the areas around the Containment Zone. According to Unlock 4 Full Guidelines, 100 people have been allowed to participate in social, educational, sports, entertainment, cultural, religious, political events and other gatherings from today onwards, in the meantime, of masks, social distancing, thermal screening and sanitizer. It will be necessary to use.

What was the impact of Unlock 4.0 on Education

According to the guidelines of Unlock-4 issued from the Ministry of Home Affairs, only schools and colleges are being estimated to be closed, online classes are being provided in most states. After September, some states may plan to open phase-wise to schools and colleges. But ‘from September 21, social, educational, sports, entertainment, cultural, religious, political and other events can be allowed to open. In the Unlock 4.0 order, children of 9th to 12th class have been allowed to go to school (except Containment Zone) and meet teachers. For this, children have to take written approval from their parents or parents. According to Unlock 4.0, schools, colleges, educational and coaching institutes will remain closed for students and regular classroom activity till 30 September.

Also know – Heavy corona on a good monsoon! After 3 months of lockdown

The phone that was waiting, finally Google launched it in dual cameras and mid budget range

WhatsApp has come on WhatsApp, so be alert, there may be huge loss on WhatsApp