‘What to see on OTT?’ This social network of films and shows is solving this problem 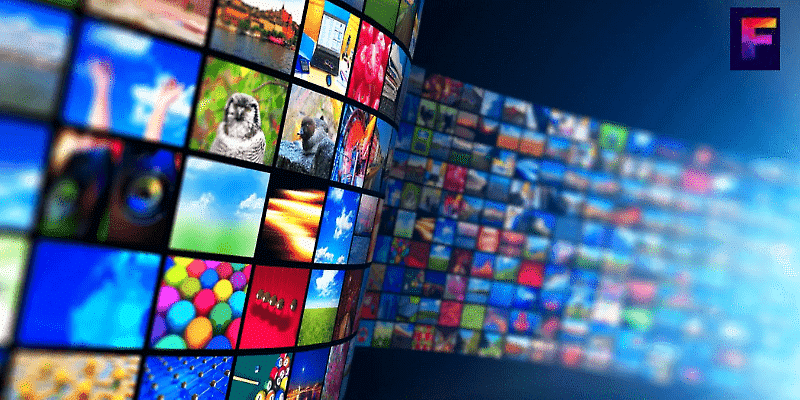 Serial entrepreneur Shashank Singh was also troubled by this question of ‘what to see on OTT’ as everyone is and FLYX was born to solve this problem.

The plethora of streaming platforms (over 40 in India) and the explosion of content have made it difficult for viewers to make a rapid decision. They constantly view the content only on the recommendations of friends, family, colleagues and social networks.

For FLYX co-founder and CEO Shashank, it was no different.

“I am one of the cord cutters who watch a lot of streaming content. There is a lot of content available today and I was wasting hours wondering what to look for. I am my friend Mayank Mishra, [FLYX Co-founder] Used to text and he would suggest the show. We relied on each other to find content, we realized that this was a big problem. That’s how FLYX was born. “

Industry estimates indicated that OTT viewers spend an average of 24 minutes per session only on what to watch. This time is going to get worse with more streaming services and content in the pipeline. But, FLYX fixes this.

It is a cross-platform aggregator of OTT content on top of a streaming social network that shows viewers in an engaging way from all major services including Netflix, Amazon Prime Video, Disney + Hotstar, Apple TV +, Hulu, Google Play, and more Helps find movies. FLYX’s unique algorithm provides quick and targeted recommendations, understanding users’ personal tests as well as suggestions suggested by their peers and social networks.

Shashank says, “The main principle of FLYX is to reduce your decision-making time so that you can get positive reviews from people you trust with your personal test. FLYX is inherently very social and fun to use. Our algorithm is closest to the real world. ”

FLYX was launched in April 2020 under development for a year, with the motto ‘Stop searching, start watching’. It began with a lockdown-driven peak in OTT viewership around the world.

The 10-member startup is headquartered in New York with six remote employees in India. It is considering setting up an office in Delhi or Mumbai.

FLYX is available on Android, iOS, Amazon Fire TV and Android TV. This underlines the fact that it is not a streaming service.

This app states on the listing that, “We do not have free access to Netflix, Amazon Prime, Hulu, Disney, Quibby, Hotstar, CBS etc.”

The platform draws shows and movies from over 100 streaming providers and sorts it based on genres, languages, IMDb ratings, trending titles and friends who are watching. Users can choose the apps from which they want to view content and can also add language/style filters to focus their search.

With the ‘Create Stories’ feature FLYX users can give their friends and contacts a chance to know what they are watching, recommend the title, or cross-post on Instagram and Snapchat to ask content-related questions Huh. This feature creates more engagement on the app and makes FLYX more social.

“Nielsen said in a study that 66 percent of our video-streaming habits are influenced by friends and family – the people we trust the most. So, we built a social network on top of content aggregation. Current generation stories Uses to communicate. Therefore, we have created it within the app. You can also chat directly or create group chats to share shows, reviews. Chats to promote interest-based discussions Was made. “

FLYX creates a central pool of trailers and reviews that users can view and share on their feeds and other social media networks. They can also create smart watchlists with the title of all apps and use voice commands to search for recommendations. The application is associated with Alexa, Siri and Google Home.

According to the founder FLYX is testing a ‘share watchlist’ feature, which will allow users to embed their lists within blogs, sites, and share them across the network. He says, “We are also collecting Google’s media reviews and ratings within the app. So, you have a one-stop entertainment shop. ”

In four months, the app has generated over 45,000 downloads and over 35,000 email sign-ups. About 70 percent of its users are from India.

FLYX is seeing good results from the UK, Australia and the Middle East along with the US. Its ultimate goal is to create a “next big social influencer platform” focused on OTT. By the end of 2021, it targets a reach of 2.5 million users.

He says, “No one can get bored of movies and shows, so there is a lot of potential to create a new social network at this place.”

FLYX is free and ad-free for now, but the startup’s monetization plans include advertising and subscription revenue. It is also looking to form affiliate partnerships with OTT service providers where it can earn commissions for driving membership on platforms.

The startup will focus on India and the US, which are among the largest OTT markets in the world. The founder says, “In the last one year India has become the hub of global streaming. On top of that, there are a lot of local providers. Why would anyone want to miss this opportunity? ”

In July FLYX raised $ 200,000 in the HNI-led pre-seed round, which included AIT Global president and founder Raj Mishra. The startup plans to use capital to accelerate product development in India and expand its services.

Shashank says, “We have seen the last few months encouraging growth and consider it the right time to step up our operations, our immediate plan is to enhance technology and provide a more comprehensive experience to users for more streaming and social Networking platforms. ”

Raj Mishra, President and Founder of AIT Global said at the time of funding,

“The ability of founders to quickly change consumer needs deploys startups beautifully in this constantly changing market. With an all-time high level of content consumption, the need for a utility like FLYX is indisputable.”

Between 2018 and 2019, India’s OTT industry eclipsed the century-old film industry in size. The number of service providers is also increasing. KPMG estimates that India will have 500 million video viewers by 2023.

This certainly presents a huge opportunity for players like FLYX by directing the user’s choice to the most appropriate content platform.

It has players in the field such as JustWatch and FlixGini that help make tracking, filtering, and content discovery easier, but FLYX’s social networking integration and personal recommendation engine make it stand out from the rest.

Shashank said of his vision “Aggregation is now becoming a commodity. Other players are doing a good job of it, but they are not really solving the problem of decision paralysis. They tell you where to look, but we tell you what to look for today. ”

Be careful, do not search on Google even by mistake, these things will reach jail immediately!