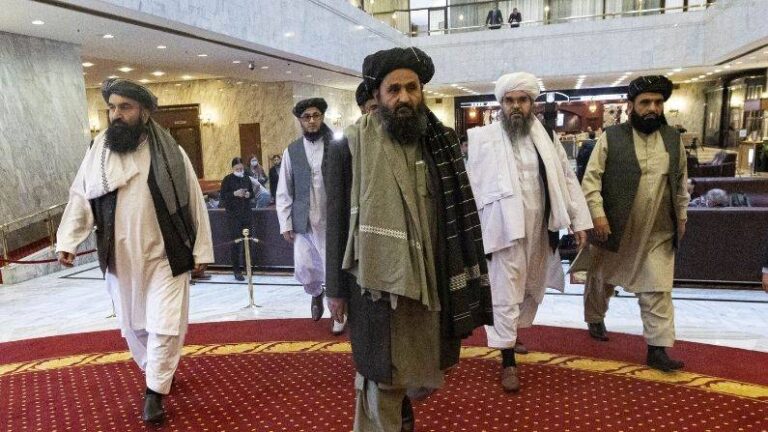 There has been an increase in cases of targeted killings of Afghan security personnel and attacks by Taliban rebels targeting them.

Afghan Peace Meeting Postponed: Despite the Taliban Peace Deal, the violence in Afghanistan is at its peak. Meanwhile, Turkey has announced on Wednesday that the proposed talks hoping for a lasting peace in both opposition factions in Afghanistan have been postponed amid new incidents of violence in Kabul. America was also supporting this conversation. The conversation was scheduled to begin in Istanbul on Saturday.

The postponement of this proposed peace talks has again exposed the challenges facing the Biden administration over the timely withdrawal of US forces from Afghanistan (US Soldiers in Afghanistan). The US has said that it will start the withdrawal of its soldiers left in Afghanistan from May 1 and will complete the process by September 11, whatever happens. Turkish Foreign Minister Mevlut Kavusoglu said in a TV interview that this dialogue has been postponed until the month of Ramadan. Ramadan will end in mid-May.

Attack on the convoy of security forces

Hours before his announcement, a suicide bomber attacked a convoy of Afghan security forces in Kabul, killing five people (Afghanistan Peace Meeting Postponed). It was told by the Ministry of Home Affairs that security personnel and civilians are also included in the injured. This was the first such attack in the capital in recent weeks. However, there has been an increase in cases of targeted killings of Afghan security personnel and attacks by Taliban rebels targeting them.

Over the past few months, bombardment by government forces at suspected Taliban bases and raids by Afghan special forces against miscreants has also increased (Taliban in Afghanistan). The minister said that the talks, which were expected to begin on Saturday, have been postponed due to ‘lack of clarity’ among the participants. He has not given any more information in this regard.

When Emma’s three-year-old son was recognized with a mind tumour, cash was the very last…

Manipur Elections 2022: Manipur CM Biren Singh said- ‘BJP does not horse-trade MLAs, they themselves come to us’

Income tax will likely be lower by one penny Chancellor Kwasi Kwarteng has introduced, as…