UP Elections: Sanjay Singh meets Akhilesh Yadav, will Samajwadi Party tie up with AAP after RLD? 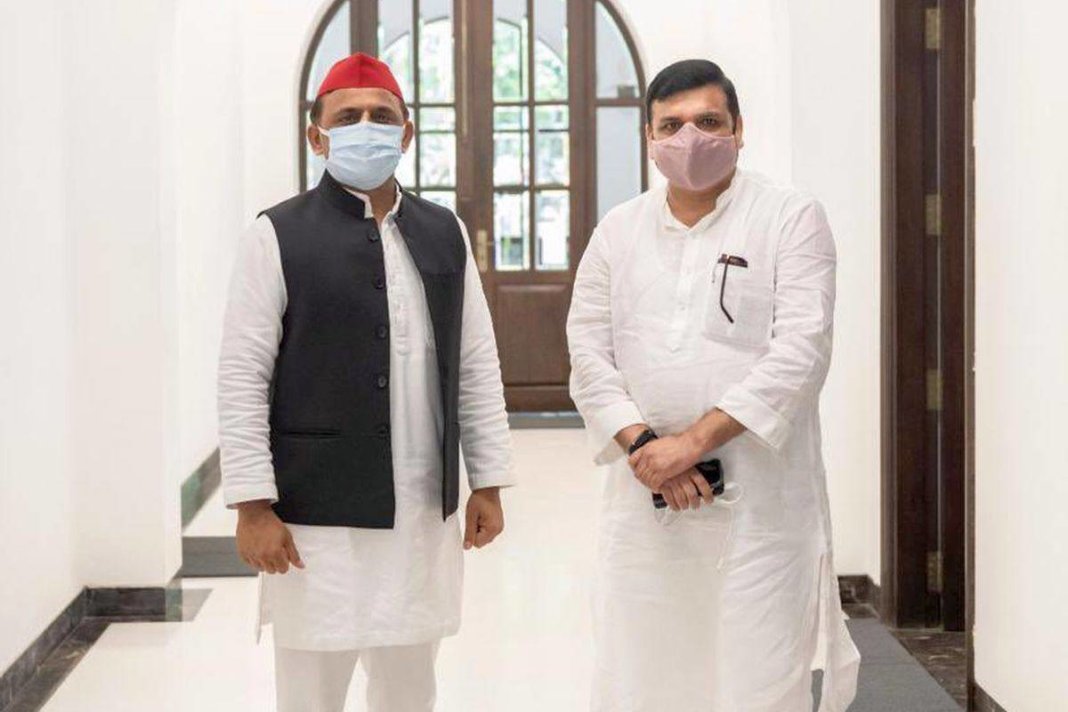 UP Elections: With only a few months left for the Uttar Pradesh assembly elections, the political fervor has intensified in the state. Samajwadi Party (SP) chief Akhilesh Yadav met AAP’s Rajya Sabha MP Sanjay Singh on Wednesday. After the meeting, the discussion has intensified whether the Samajwadi Party is preparing for an alliance with the Aam Aadmi Party. The Aam Aadmi Party on Wednesday said it has held “strategic discussions” with Samajwadi Party chief Akhilesh Yadav over the upcoming assembly elections in Uttar Pradesh. This announcement was made by AAP’s Rajya Sabha MP Sanjay Singh after meeting Yadav in Lucknow.

JhunJhunwala Portfolio: This share of Rakesh Jhunjhunwala’s portfolio can generate huge earnings, know what the target price has been kept by the brokerage firms

Opposition parties will have to come together to defeat BJP

Sanjay Singh further said, ‘Today I met Akhilesh Yadav. Strategic discussions were held on many issues to free Uttar Pradesh from BJP. We will inform about any decision regarding the alliance. There is no talk about seats yet.” AAP’s UP in-charge Singh also stressed on opposition unity. “Defeating the BJP should be the primary goal of all opposition parties,” he said.

Singh had met Akhilesh earlier as well but had said that his party would fight alone in Uttar Pradesh. Singh was present at the program organized on the release of SP General Secretary Professor Ram Gopal Yadav’s book “Rajneeti Ke Us Paar” on the occasion of ‘Azadi Ke Amrit Mahotsav’ on Tuesday. SP founder Mulayam Singh Yadav and Akhilesh were also present in the program and Mulayam had called upon everyone to come forward unitedly against corruption and inflation in the interest of the country.

Akhilesh had met the RLD chief on Tuesday to discuss seat-sharing for the upcoming elections. After that, Jayant tweeted from his official Twitter handle with a photo with Akhilesh Yadav, “Badte Kadam.” On the other hand, the National President of Samajwadi Party tweeted his photo with Jayant Chaudhary, writing, “Towards a change with Jayant Chaudhary.” Akhilesh had repeatedly said in his statements that his party was ready for alliance with smaller parties.

Is Biocon chief Kiran Mazumdar Shaw taking coconut oil in her nose to exorcise Corona? Learn about the case in detail