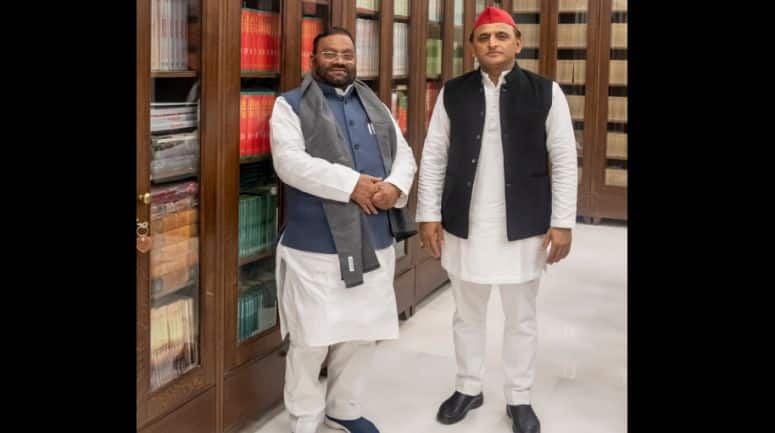 UP Elections 2022: Swami Prasad Maurya, who left the Bharatiya Janata Party (BJP) just before the Uttar Pradesh assembly elections, has made it clear that he is going to join the Samajwadi Party (SP). A day after resigning as a minister in the Uttar Pradesh government, Swami Prasad Maurya on Wednesday said he would join the Akhilesh Yadav-led Samajwadi Party on January 14.

Regarding the efforts being made by the BJP to persuade him, Maurya said that he has not been contacted by any leader so far. In a conversation with news agency ANI, Maurya said that I will join Samajwadi Party on January 14… I have not received a call from any big or small politician.

I will be joining the Samajwadi Party on 14th January… I have not received calls from any small or big politician. If they were cautious on time and worked on public issues, then BJP would not have to face this: MLA Swami Prasad Maurya pic.twitter.com/9PCOqcAZG5

He further said that if he had been alert on time and worked on the issues of the people, the BJP would not have faced this. At the same time, he said that on January 14, you will come to know and whoever joins the party with me, their faces will come in front of you. We will communicate for 2 days.

Let us inform that on the fourth day of the announcement of the assembly election schedule in Uttar Pradesh, the ruling Bharatiya Janata Party on Tuesday suffered a major setback due to the resignation of the state government’s Labor and Employment Minister Swami Prasad Maurya. Maurya, a veteran leader of OBC society and a 5-time MLA, had resigned from Yogi Adityanath’s cabinet on Tuesday.

Soon after, SP chief and former CM Akhilesh Yadav tweeted a picture with him and announced that Swamy has now joined the Samajwadi Party. However, after some time Swami denied this and increased the suspense.

Maurya’s daughter and BJP MP Sanghamitra Maurya told reporters in Badaun that her father, not only SP, has not joined any party at the moment, he will take a decision on the future course of action in the next two days.

After Maurya’s resignation, three other MLAs considered close to him also resigned from the BJP and claimed to be with Maurya. Significantly, after his resignation, Maurya had said in a conversation with reporters that in the next one or two days, more MLAs would leave the BJP.

Who invented bitcoin? Satoshi Nakamoto’s name may be revealed by this ongoing lawsuit in Miami

Vivo X60 series price leaked before launch, know the features of the phone

Get this latest iPhone for just 29 thousand rupees, go soon on Flipkart and take advantage of this powerful deal