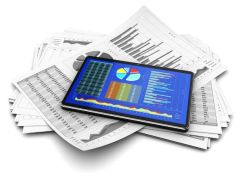 Due to weak global cues, selling pressure was seen on the Indian markets in yesterday’s trade as well. Selling in FMCG, IT and Metals stocks put pressure on the market. In the business yesterday, along with the giants, small-medium stocks were also beaten. The Nifty Midcap 100 index was down 0.39 per cent and the Smallcap 100 index was down 0.8 per cent yesterday. However, banking, financial and auto stocks supported the market.

Shrikant Chauhan of Kotak Securities Says that due to weak global cues, there was weakness in the market for the third consecutive day in yesterday’s trading. Once again around 18,350 the bears were seen dominating the market. After a short term correction, Nifty once again made a strong comeback taking support near 18,050. Nifty has formed a bearish candle on the daily chart but at the same time it is showing support near the important retracement level of 18,030.

Shrikant Chauhan is of the opinion that the intraday texture of the market looks weak. This weakness may also persist in the near term. An immediate support level for day traders is seen at 18,150. As long as Nifty is above this level, a pull back rally to 18,250-18,300 is likely. On the other hand, if Nifty breaks the level of 18,150, then this decline can go up to the level of 18,030-18,000.

The maximum put unwinding was seen on the 18300 strike. This was followed by the highest number of put unwinding at the strike of 18500 and then 18400.

These include the names of Power Grid, HUL, Petronet, Godrej CP, HDFC and MFSL. A high delivery percentage indicates that investors are showing interest in those stocks.

As on 22 October, 10 stocks are under F&O ban on NSE. These include the names of Amara Raja Batteries, Escorts, Vodafone Idea, IRCTC, L&T Finance Holdings, NALCO, Punjab National Bank, SAIL, Sun TV Network and Tata Power. It is to be noted that the stocks included in the F&O segment are put in the ban category if the positions of the securities exceed their market wide position limits.

People over 18 years of age can register on CoWin, portal opens from April 28