Today is the death anniversary of Rajmata Jijabai, who showed the path of life to Shivaji Maharaj 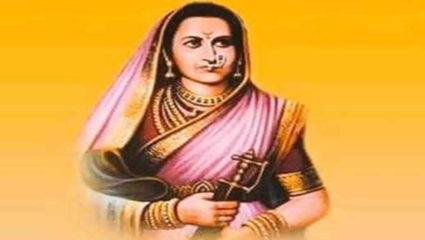 Veer Mata Jijabai was the mother of Chhatrapati Shivaji as well as his friend, guide and inspiration. His whole life was full of courage and sacrifice. He did not lose patience even after facing difficulties and adversity throughout his life and gave those values ​​to his ‘son ‘Shiva’, due to which he later became the patron of Hindu society ‘Chhatrapati Shivaji Maharaj’.

Jijabai Yadav was an exceptionally talented born in the high family. Jijabai was of Yadav dynasty and her father was a powerful feudatory. Parents had a great influence on the character of Shivaji Maharaj. From childhood, he had started to understand the atmosphere and events of that era very well. Let’s know the history of Jijabai Shahaji Bhosle –

In Indian history, Jijabai Shahaji Bhosale is known for her bravery and agility. He raised Chhatrapati Shivaji Maharaj very bravely. She is affectionately called Rajmata, Jijau or Jijabai. Her birth anniversary is celebrated every year as ‘Rajmata Jijau Jayanti’.

Rajmata Jijabai was born on January 12, 1598 and that is the reason, ‘Rajmata Jijabai Jayanti’ is celebrated on this day every year. The celebration of ‘Jijau Jayanti’ in the memory of Rajmata Jijabai, the founder of the Maratha Empire, is particularly popular in Maharashtra, especially in cities like Aurangabad, Pune, etc.

Week 12 updates: Justin Fields is inactive for Chicago Bears, so Trevor Siemian will start at QB vs. New York Jets

SBI: Debit Card will be blocked on a phone call, will be able to issue a re-issue without any hassle; Know the process

Redmi Note 11 Pro 4G Specifications Leaked Ahead of Launch! The series will launch on 26 January

The launch of Redmi Note 11 series has been confirmed for January 26. In the…