Today is ‘National Youth Day’, know whom Swami Vivekananda called the most important person in the world 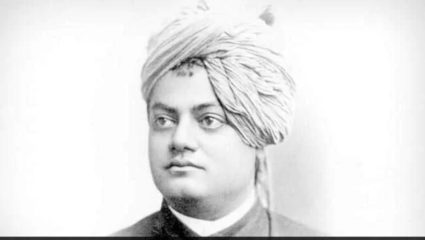 Swami Vivekananda was born on 12 January 1863 in Kolkata. Vivekananda represented the country’s Sanatan Dharma in 1893 in the ‘World Dharma Mahasabha’ in Chicago, USA. Vivekananda’s guru was Ramakrishna Paramhansa. In his memory, he had established ‘Ramakrishna Mission’, which is working today across the country.

Swami Vivekananda was a true patriot and never shied away from helping people. Rather, he considered serving people equal to worshiping God. On the occasion of Vivekananda Jayanti, let us know the special things related to the great spiritual guru of the country ‘Swami Vivekananda’-

Thoughts of Swami Vivekananda still inspire crores of youth. In which it is not necessary to have many relationships in life, but the relationships that exist, it is necessary to have life in them. Whatever time you resolve, complete that work at that time, otherwise people will not believe in you. Talk to yourself once a day, or else you will miss your chance to talk to the most important person in the world. Always listen to your heart is the main thing in the conflict between heart and mind.

When Swami Vivekananda met Ramakrishna Paramhansa, he asked the most important question ‘Have you seen God?’ To this Paramhansa replied- ‘Yes I have seen, I am seeing God as clearly as I can see you. The only difference is that I can feel them more deeply than you’.

Vivekananda has taught us the real meaning of life through his thoughts. In his thoughts we find the solution to every problem of life. He used to say that there is only one mantra to get success in life –

Arise, awake and stop not till the goal is achieved.

Whenever we choose a new challenge or goal in life, we have to face many difficulties. Vivekananda describes his stages as the ladder of our success. He says that every work has to pass through three stages – ridicule, opposition and acceptance.

“After traveling in many countries, I have come to the conclusion that without organization no great and permanent work can be done in the world.”

Giving the correct solution to the intersections of good and bad paths that come at every step in our life, Vivekananda said,

“Don’t forget that bad thoughts and bad actions lead you to downfall. Similarly good deeds and good thoughts are ready to protect you for eternity like millions of angels.

Vivekananda, while making man realize his infinite potential and potential, has said that the only way to know the limits of the possible is to go beyond the impossible.

Realme 9 series teased, next week the phone’s specification will reveal the curtain