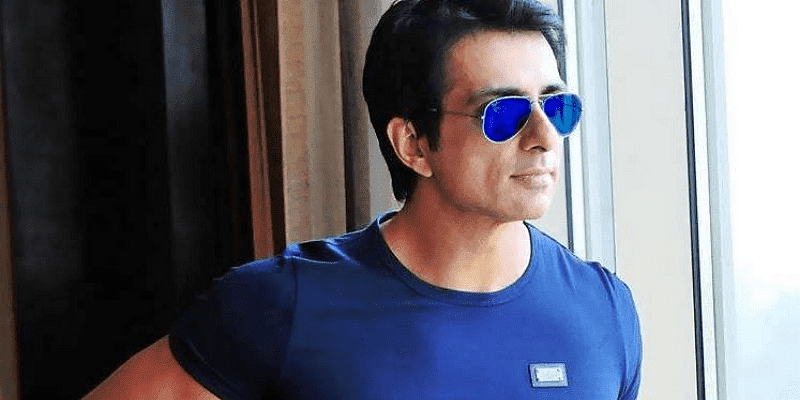 Born and raised in Moga, Punjab, actor Sonu Sood left for Mumbai with dreams filled with eyes and a heart full of desires. The engineer-to-actor and producer began acting in supporting roles in regional films, and made it big in Bollywood by effortlessly portraying many negative characters.

And now, with a reel-life anti-hero, he has become a real-life superhero. Since the outbreak of the Coronavirus epidemic, the actor has helped thousands of migrants and daily laborers through his kind-hearted feats.

From providing food to the needy to transporting stranded laborers to their hometowns, to donating personal protective equipment (PPE) to healthcare personnel, they have done it all.

When the government announced a nationwide lockdown in March this year, many medical staff members as well as doctors began to get COVID-19 infected, suffering the risk of prolonged work, as well as occupational distress and social There was also a stigma. With a view to assisting them and providing accommodation, Sonu Sood opened the doors of his Juhu Hotel in Mumbai.

“It is my honor that we can do our work for the doctors, nurses and para medical staff of our country, who are working day and night to save the lives of millions. I am really happy to open my hotel doors for these real time heroes, ”the actor told PTI.

The coronavirus epidemic shut down most industries and businesses, resulting in widespread job losses and food insecurities. However, the most affected among the crisis were those working in the informal sector. Without regular income, many contract and migrant workers struggled to obtain three-class meals a day.

After opening his hotel for health-care warriors, @sonu_sood starts a food drive ‘Shakti Annadanam’ under his father’s name. Around 45,000 people across Mumbai are being fed everyday, under the drive. Let’s all come together in the difficult times & help the needy. pic.twitter.com/GDhuRiQhzV

Sonu Sood started Shakti Annadanam in the name of his late father, Shakti Sagar Sood, with the aim of providing food to at least 45,000 people every day in Mumbai.

The lockdown forced the migrants to return to their hometowns. Due to lack of timely transport facilities, many people were walking long distances on foot. Some even tried to walk more than 1,000 kilometers in the hope of reaching a safe place.

Being an expatriate himself, Sonu was able to sympathize with his difficulties. Therefore, he began to commemorate a group of migrants in Karnataka who were about to embark on a walking tour. He later coordinated with the state governments of Karnataka and Maharashtra to arrange buses for these migrants to go home and seek their medical approval.

In the last three months, the actor has helped reunite over 20,000 migrants with their families. Whether it is Jharkhand, Assam, Bihar or Odisha, Sonu Sood helped people reach home through airplanes, buses, trains, etc. He also introduced a toll-free helpline number so that migrant workers can send their requests.

Recently, on his 47th birthday, Sonu Sood launched a free app and website called ‘Pravasi Rozgar’ to provide meaningful employment opportunities to migrant workers in India. The platform was created to connect job seekers with job providers. The objective of this initiative is to train workers with the requisite skills to increase their chances of securing a good job. The actor has tied up with Learning Skills, a joint venture between Schoolnet India and the National Skill Development Corporation, to accomplish this.

Https://t.co/UWWbpO77Cf my contract for 3 lakh jobs for my migrant brothers on the occasion of my birthday. All these provide good salary, PF, ESI and other benefits. Thanks AEPC, CITI, Trident, Quess Corp, Amazon, Sodexo, Urban Co, Portea and all others.#AbIndiaBanegaKamyaab pic.twitter.com/rjQ0rXnJAl

The actor has set a mission to create three lakh jobs through this effort. Some of the major companies supporting them include Amazon, AEPC, CITI, Trident, Quess Corp, Sodexo, Urban CO and Portia.

During the last week of July, the video of the farmer cultivating Nageswara Rao’s daughters in the agricultural sector went viral. A farmer belonging to KV Palli village in Andhra Pradesh’s Chittoor district could neither drive oxen nor tractors.

As soon as Sonu Sood watched the video, he arranged for a tractor for the farmer. The actor’s generous gesture was appreciated by Andhra Pradesh Leader of Opposition, Chandrababu Naidu, who later took responsibility for funding the education of both daughters of Nageswara Rao.

Arrangement for repatriation of students

Sonu Sood became the Messiah for a group of Indian students stranded in Kyrgyzstan. He arranged for them a charter flight from the capital Bishkek to Varanasi. On July 26, 2020, about 135 students landed safely at Lal Bahadur Shastri International Airport.

This is to inform to all the students of Kyrgyzstan that it’s time to come home ❣️we are operating the first charter Bishkek -Varanasi on 22nd July.The details of which will be sent to your email id and mobile phones in a while. Charters for other states will also fly this week.

In his tweet, the actor expressed his happiness saying, “I am feeling very happy that the first flight from Kyrgyzstan to Varanasi took off today. Thanks to FlyspiceJet for making my mission a success. “

Police personnel and doctors like COVID-19 frontline-workers are working tirelessly for the welfare of the community. And Sonu Sood was at the forefront of helping them in their own way.

The actor has reportedly given 1,500 PPE kits to paramedics across Punjab, and has also donated 25,000 face shields to police officers in Maharashtra.

Investors were not fascinated by gold, invested Rs 1,328 crore in gold ETFs in 3 months

Due to these qualities, Satya Nadella was a big success, Microsoft appointed chairman