There is no money to buy cheap ration, the plight of Bhavai villagers of Melghat 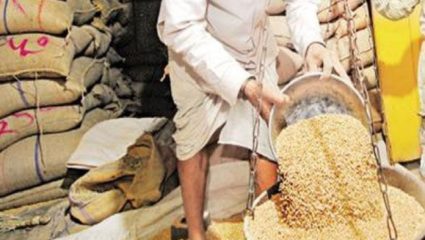 Amravati. The government has made arrangements for distribution of food grains at cheap rates for those living below the poverty line. But the citizens of Melghat village are not ready to take this ration. This does not mean that the poverty of the villagers has gone away, but the real reason is that the citizens here are not in a position to buy food grains even at cheap rates, say residents of Bhavai village of Melghat. This Bhavai village of Melghat is a village with a population of about 390. 74 families are residing here.

Due to the tribal-dominated area living in Melghat, grain quota is made available for the convenience of the tribal family. Where citizens are seen standing in front queues in ration shops in the city and rural areas to take food grains from the ration shop. At the same time, the ration shopkeepers of Melghat are seen waiting for the beneficiaries. The villagers here are turning their backs on buying the grain of their right. Villagers say that they do not even have money to buy ration. To give the benefit of food grains to the poor and needy, the government distributes food grains from ration shops.

For the ration card holders, the quota of food grains is made available in the ration shops. But in Bhavai village of Melghat, the villagers are being called by the ration shopkeepers for not taking advantage of the beneficiary grain distribution. Due to the halt of all the businesses during the Corona period, employment was snatched from many people. That’s why the central government started a free grain distribution scheme.

Wheat, rice are being distributed free of cost to all according to the number of members of the family. Because of which many people are taking only free food grains. There is no money to buy food grains available on the ration card, Bhavai villagers say. The grain quota for the month of January is available in the ration shops, yet the beneficiaries are not reaching to buy their share of food grains.

Petrol-Diesel Price Today: There has been no increase in the prices of petrol and diesel for 14 consecutive days, know how to check the...

JhunJhunwala Portfolio: This favorite stock of Rakesh Jhunjhunwala gave more than 200% return in one year, is it still earning potential?