The number of councilors will increase in NP, the division restructuring proposal stuck for approval 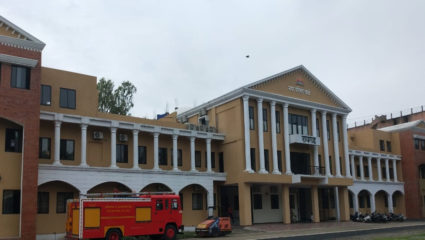 Wardha. Elections will be held soon after the completion of the term of the members of the local city council, while the issue of ward restructuring has not been resolved yet. Before this, the proposal for division restructuring sent by the NAP was not recognized due to many flaws, now again the proposal It has been sent to the State Election Commission for recognition, under this new formation, there is news of increasing the number of councilors by 2.

Election likely in February and March

In December 2021, the term of the members of the city council has completed 5 years, in such a situation, the election is expected to be held by February and March, preparations for the interested candidates are also in full swing, all eyes are on the ward formation. It is being alleged that the formation of the divisions is being done under the pressure of the politician with the cooperation of the NAP officers and employees.

40 councilors will represent the public

Last time the number of voters of the city council was around 1 lakh, so there were 38 councilors in 19 divisions, in the last election, the city president was directly elected from the public, but this time the city president will be elected from among the councilors to create a new division. A new division has been prepared by minus 600 to 800 voters from each division, with this 40 councilors from 20 divisions will be represented in the upcoming elections of the NP.

Due to the cancellation of OBC’s political reservation, the election is going to be held from the open category at the above place as per the court order, last time there were a total of 10 seats of OBC reservation. OBCs have lost 10 seats in the election.

Now wine will be available in grocery stores, supermarkets in Maharashtra!

Mumbai: In order to increase the consumption of wine being produced on a large scale…

Know these 3 important things before opening a digital savings account, there will be no loss

Due to better facilities sitting at home during the restrictions during the Corona period, people…