The ‘Kukru’ of Madhya Pradesh was stunned by the smell of coffee, the beginning of coffee cultivation in Chikhaldara 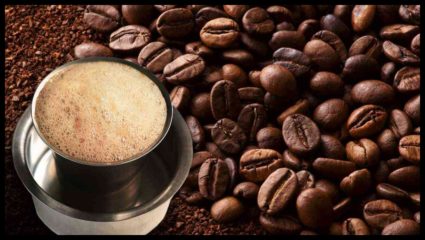 Riddhapur. Although Melghat of the district is called Nandanvan, but going towards the height a little, then Kukru, adjacent to the border of Maharashtra-Madhya Pradesh, which was once a British camp. Not less than Himachal’s Kullu and Assam, British woman Miss Florence Hedrix, in view of Himachal’s natural beauty and seasonal environment like Kukru, started coffee horticulture in 1944 in an area of ​​44 hectares. In view of this, British citizens also planted coffee plantations in 110 hectares.

Change the face of circuit house

For a few years, Kukru has been the only coffee garden in India. Gradually again the cultivation of coffee started getting promoted. Today, coffee is being grown on a large scale in Himachal and Assam. According to the Forest Department, it has become a very difficult task these days to save the coffee crop due to lack of protection. If seen in Kukru, the monkeys are leaving no stone unturned to ruin the coffee crop. It is also becoming difficult for the forest department to deal with them. This is the reason that the area under the 44 hectare coffee plant of Kukru has now reduced considerably.

Demand till Bhopal and Kolkata

This year’s coffee crop is more visible as compared to last year. Last year, the crop produced from Kukru Coffee Plant was sold at a good price in Bhopal’s forest fair. This year also the crop is visible very well. Soon the work of removing it will be started. Coffee shoppers of Chikhaldara Kolkata are showing willingness to buy coffee from here. By the way, tourists coming here are seen buying aromatic coffee from Chikhaldara at Rs 900 per kg.

Beginning of coffee cultivation in Chikhaldara

Prakash Jambekar, a young farmer of Khatkali village, adjacent to Chikhaldara, has sown coffee in 2 acres of land. He told that after buying seeds from Mariampur in Chikhaldara, he sowed it in his field and his experiment was successful. He told that this year he has suffered due to unseasonal rains. Still, he has harvested about 3 quintals of crop. At present, tourists are buying at a price of Rs 900 to 600. After strawberry, the cultivation of coffee crop in Chikhaldara will certainly prove to be very effective in changing the fortunes of the tribals.

efforts to increase the area of ​​considerable

The sky-touching plains of Kukru are attracting tourists these days. Efforts are being made to develop it as an eco-tourism spot and the area of ​​coffee orchards has reduced a bit. Efforts are being made to increase it too, but there is some problem due to lack of protection. It is a very difficult task to save the coffee crop from monkeys. By the way, keeping in mind the tourists, the British carpet circuit house has been made more beautiful. Some new cottages are also available for the tourists. Coffee harvest is also fine. Soon the work of removing it will be started. More than the coffee crop, the historical value of this orchard is also being taken into consideration. -Ashish Bansod, Deputy Forest Divisional Officer (Bhainsdehi Madhya Pradesh)

Column: 6 players not named Aaron Judge who could fit the needs — and budgets — of the Chicago Cubs and White Sox

Ease of Doing Business for MSMEs: Even as India’s e-commerce market continues to develop in…

For the secure future of the employee, money is deposited in two types of schemes…

Following a multi-agency pitch, 22feet Tribal Worldwide has gained the digital mandate for Porter, an…