The first death of the third wave, one died of corona; 101 new disruptors found in the district on Friday 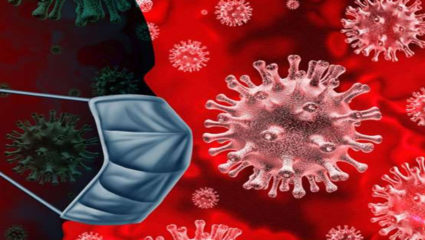 Gadchiroli, For the last few days, the number of corona patients in the district is increasing rapidly. In such a situation, for three days only 100 are being found in the district due to corona disruption. Meanwhile, the first slaughter of Corona has taken place in Gadchiroli district. After about 6 hours, an old person resident of Gadchiroli has died due to a corona on Friday.

In this case, an atmosphere of panic has been created among the people regarding Corona in the district. On the other hand, special measures are being taken by the district administration and health department to stop the rapidly growing corona infection in the district. At the same time, emphasis is being laid on corona vaccination along with appealing to the people to be vigilant.

On Friday, one person died due to corona in Gadchiroli district. At the same time 101 new disruptors have been found. Apart from this, 4 patients have returned home after winning the battle with Corona. The new disruptors found on Friday include 64 from Gadchiroli tehsil, Aheri 3, Armori 5, Bhamragad 2, Chamorshi 1, Dhanora 5, Etapalli 1, Mulchera 6, Sironcha 1, Korchi 2, Kurkheda 1 and 10 patients from Desaiganj tehsil. At the same time, 1 patient of Gadchiroli tehsil, Chamoshi 2 and 1 patient from Vadsa tehsil are included in the corona-free patients. At present there are 445 active patients in the district.

For the last few days, the number of corona disruptors in the district is increasing rapidly. In such a situation, necessary measures are being taken by the Health Department to keep the corona disrupted. At the same time, special emphasis is being given on vaccination by the district administration to prevent infection of corona in the district. Under the guidance of senior officers of the administration, employees of other departments including the health department are making special efforts to make the vaccination campaign successful by reaching people’s doorsteps.

Citizens need to be careful

In view of the rapidly increasing corona infection in the district, the district administration has started taking necessary measures. At the same time, by issuing rules, people have also been called to take precautions to avoid corona infection. But in many places people are not seen following the corona rules. Due to which the infection of corona is increasing rapidly in the district. In view of this, the residents of the district are being told that there is a need to be vigilant along with following the corona rules.

Price of Samsung Galaxy A03 with 5000mAh battery revealed, buy from January 10

Paytm’s gift to businessmen; Now no fee will be levied on payments received from Wallet, UPI, RuPay