Thane Municipal Corporation’s picture will be clear after March 2 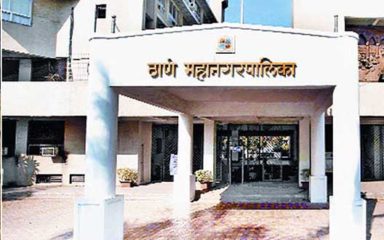 The program given by the State Election Commission is to be completed in five phases from February 1 to March 2 and after hearing the suggestions and objections, the statement in this regard will have to be submitted to the Election Commission on March 2. After the release of the notification, it has been decided that the municipal elections will be conducted without OBC reservation.

All eyes on the formation of wards

All eyes are on the formation of wards for the upcoming Thane Municipal Corporation elections. How the boundaries of the wards will be decided has many current and interested candidates set their political maths. As per the multi-member ward system, the Thane Municipal Corporation has already submitted a proposal to the Election Commission to make it a model ward. Accordingly the number of wards, total population and number of members have been fixed. Since the petition has been filed in the Supreme Court for the reservation of OBC category, the population of Scheduled Castes and Scheduled Tribes has also been fixed in addition to the population of OBC category.

State Election Commission will have to report

Ward number 44 is the biggest ward, 4 members will be elected

The Thane Municipal Corporation will be elected in a three-member system, but out of 47 wards, ward number 44 is the largest ward and the population of this ward is about 57 thousand. Therefore, instead of three members, four members will be elected at this place. The population of other wards ranges from 35,000 to 46,000 voters. However, due to ward number 44 being the most populous ward, everyone’s attention is likely to be drawn towards this ward.

QB Lamar Jackson desires to stay with Ravens, declines to decide to taking part in coaching camp: ‘It’s a part of the dialog’

After saying he expects to stay in Baltimore for the remainder of his profession, Ravens…

The business of both the countries is increasing even after India-China tension, so much trade happened even during the Corona period

'I want to be honest, this is difficult': Liz Truss confirms U-turn after sacking chancellor

Liz Truss has stated “I want to be honest, this is difficult” after sacking her…