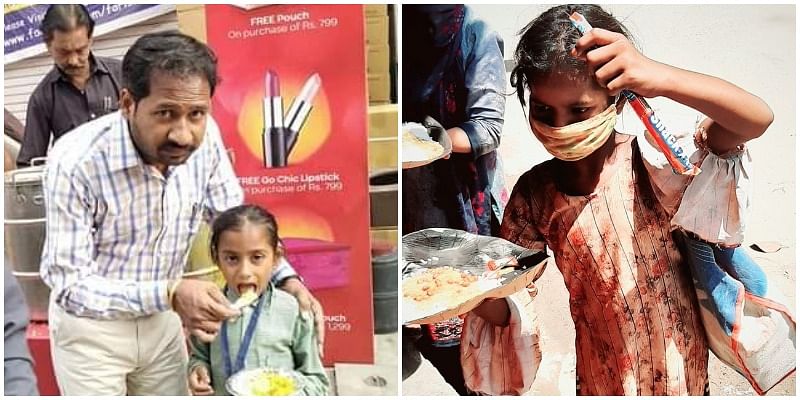 Everyone knows that the country has not yet been completely free from malnutrition and even today, children and adults in all parts of the country are struggling with food for two hours a day. Meanwhile, there are some people in the country who are making the availability of free or cheap and nutritious food accessible to such people.

On April 13, 2018, when Pankaj Gupta left home for his shop, he was also upset to see the children eating and picking food from the garbage heap on the way. Seeing the situation of the children, Pankaj himself decided to do something different and effective and he started the Devdoot Food Bank institution in Gurugram on the next day i.e. 14 April 2018.

In the early days, Pankaj’s initiative was not taken seriously by the people and his work was also made fun of. In the early days, food was prepared through catering. With its introduction, it was decided that food would be kept free for children, while adults would be charged some money to eat so that everyone could ensure the benefits of this facility.

“Initially people used to ask questions about the fund from where it would be arranged, but I had pledged to do this work.”

The organization provides food to the people for just 5 rupees. Regarding distributing cheap food even in times of inflation, Pankaj says that his purpose is not to earn money through it, but he wants that people who are not financially competent in the area can also have food available. With the launch of this initiative, Pankaj had targeted to provide food to 100 people in a day, whereas today he is providing food to more than 500 people every day.

In an interview, Pankaj said,

“I believe that anyone who lacks money also has the right to eat nutritious food. We have kept the price of eating one plate for five rupees so that people can have food with self-respect. ”

In order to continue this work continuously, the organization receives the necessary funds in the form of donations from people engaged in social service. Pankaj says that today a large number of people are joining him and offering help. New people can connect directly with the organization by visiting its Facebook page. The organization is moving ahead with the goal of distributing food to other parts of Gurgaon in the near future.

In view of Corona infection, the organization has taken full care of cooking and distribution, hygiene and hygiene. Pankaj claims that all the cleanliness standards set by the government in the kitchen of the institution are being followed literally. The organization ensures that food wastage is zero.

Anand Mahindra was shocked to see the drawing of a 5-year-old child, made this big announcement

The giant asteroid passed by the earth, like the dinosaurs, there was a ‘danger’ of humans to be eliminated from the earth!