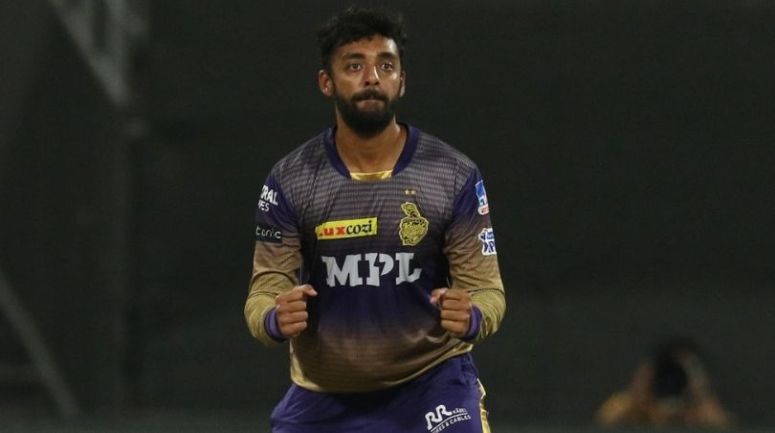 There is good news for the Indian team ahead of the T20 World Cup starting from October 17 in the United Arab Emirates (UAE) and Oman. The Indian team will start their campaign against Pakistan on 24 October. However, before this, Team India and the selectors were very upset about the mystery spinner Varun Chakravarthy.

Chakraborty, who was playing the Indian Premier League (IPL) for Kolkata Knight Riders (KKR), was under doubts about his fitness and discussions started to replace him and include Chahal in the team. But Varun has again roared when he returned to the rhythm in a spectacular fashion against Delhi Capitals in the second IPL qualifier on Tuesday.

Let us tell you that in the match that reached the climax of the thrill, the ball kept rolling the dice, but on the basis of Rahul Tripathi’s six with one ball left, Kolkata Knight Riders defeated Delhi Capitals to make it to the IPL final where it will face Chennai Super Kings. .

Varun Chakraborty has got a place in Team India for the T20 World Cup. He took 2 wickets against Delhi Capitals while playing for KKR in Qualifier-2 of IPL 2021. Chakraborty has so far taken 18 wickets in the current season. This is his best performance in IPL history. In the T20 league held in UAE last year, Varun took 17 wickets.

Varun did not take a single wicket against Bangalore in the Eliminator match and after that he came into the discussion about his poor fitness. Apart from this, he was in discussion about the problem in his knees throughout the tournament. However, everything changed on Tuesday in the second qualifier match. Varun made a significant contribution by dismissing two top Delhi Capitals batsmen and once again staked his claim for the T20 World Cup.

Varun Chakraborty can be called the discoverer of IPL 2021. No team has the answer to their googly. Varun has clean bowled Mahendra Singh Dhoni 3 times that too in just 12 balls. Even Dhoni could not read his googly properly. In the final against Chennai, their quota of 4 overs will prove to be very dangerous.

The Indian squad for the ICC T20 World Cup is as follows:-

JhunJhunwala Portfolio: This share of Rakesh Jhunjhunwala’s portfolio jumped 40% in a single month, is it still worth it?