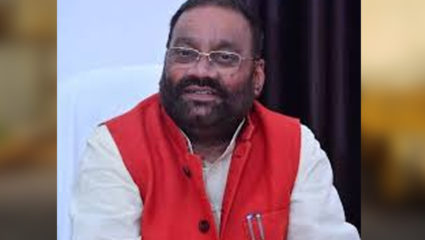 Lucknow: The troubles of Swami Prasad Maurya, who resigned from the Yogi cabinet, have increased. The court has issued an arrest warrant against him for making indecent remarks against Hindu gods and goddesses. Along with this, he has also been ordered to appear in the court on January 24.

Prosecution advocate Anil Tiwari said that an arrest warrant was issued against Maurya on December 18, 2014 for making objectionable remarks on deities, but in this case Maurya obtained a stay order from the Lucknow bench of the Allahabad High Court. Had taken. He said that Swami Prasad Maurya was supposed to appear in the court on 12th January after the completion of the period of six months, but due to his non-appearance, the court issued an arrest warrant against him.

It is to be known that in 2013, while in the Bahujan Samaj Party, Swami Prasad had made very hateful and objectionable remarks against Hindu gods and goddesses. After which a case was registered against him. At the same time, the court had issued a warrant against him in 2014. On which the Allahabad High Court had stayed.

Swami Prasad Maurya has resigned from the Yogi cabinet on Tuesday. After which he met SP supremo Akhilesh Yadav. At the same time, on January 14, he will formally join the Samajwadi Party.

Giving the reason for his resignation, he accused the Dalit, backward, youth of not developing under the BJP rule. At the same time, after the announcement of joining the SP, he said, “His decision taken on January 14 will be the last nail on the coffin of the Yogi government.

FD vs Debt Fund vs G-sec vs Bonds: What is the best option for retail investors?

5 cheapest recharge plans of Airtel, 1GB data will be available daily for up to Rs 200

France: Tired of atrocities, the husband was put to death, after the support of the people, the court also freed him, know the whole...