Suspension of 139 resolutions made a difference, today the resolution was passed only after discussion in the General Assembly of the Municipality 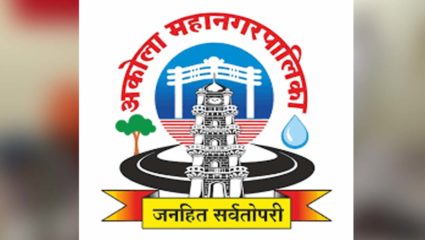 Akola. In the general meeting held on 29 October 2021 in Akola Municipality, 139 resolutions passed without discussion have been passed illegally. I had complained about this to the Urban Development Department, after which the state government had ordered an inquiry, suspending 139 proposals by an order.

But I am happy that today the resolutions of the previous meeting were again placed in the general assembly of Akola Municipal Corporation and they were passed after discussion by the councillors. These views were expressed by former MLA Gopikisan Bajoria in the Patra Parishad held in his office today. He said that a healthy tradition has started in Akola Municipality, for which he is happy.

motions were passed without discussion

Despite this, if action is to be taken, then action should be taken on all the buildings adjoining this building as per rules. He told that there is another place Angoori Residency in the city, notice has also been given to that building, the special thing is that both these notices have been sent to me while these buildings do not belong to Bajoria family. Sanjay Bajoria, Nikesh Gupta were prominently present on this occasion.

BPCL at 52-week high, board approves stake sale; Should bet be placed in stock?