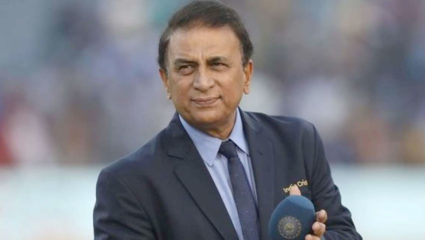 New Delhi: Legendary batsman Sunil Gavaskar believes that only Sourav Ganguly can clear the picture on the contradictory statement of Virat Kohli on the issue of captaincy. He said that the BCCI President should be asked how this contradiction came about.

After Kohli stepped down as T20 captain, Ganguly had said that the BCCI had asked the star batsman to reconsider the decision. Ganguly, however, denied this in a press conference ahead of his departure for the South Africa tour. “Kohli’s statement may not be for BCCI,” Gavaskar told India Today. I think the question should be asked to that person as to how such a message got to Kohli.

“Ganguly is the BCCI President and he should be asked why there is this contradiction. Only he will be able to answer about it,” he said. Kohli had also said that the chairman of the selection committee, Chetan Sharma, told him 90 minutes before the team was selected for the tour of South Africa that he was not the captain of the ODI team. Gavaskar said the chairman of the selection committee did not commit any mistake.

Gavaskar said that the BCCI should keep a clear communication to avoid such a situation in future. “There should be a clear dialogue so that there is no speculation. The chairman of the selection committee can tell why who got selected and who was not. Sometimes a press release may be issued even if it is not required, in which all the reasons have been given. (agency)