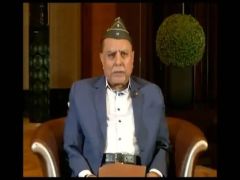 Subhash Chandra has an old relationship with the corporate war. When his then-partner Rupert Murdoch tried to take over his five-year-old television venture in 1998, Chandra deftly overcame billionaire Murdoch and took back control of the television business. This television venture is today known as Zee Entertainment Enterprises Limited.

More than two decades after this incident, controversy has erupted once again in the board room of the country’s largest listed entertainment network over the control of the company. It has Chandra and his supporters on one side, Atlanta-headquartered Invesco Developing Markets Fund, which is ZEE’s largest shareholder with 18% stake.

This time the 70-year-old tycoon was in danger of losing control of the company. His family’s stake in ZEE Entertainment has come down to less than 4%. Chandra had pledged shares of the company to reduce the debt owed to his larger conglomerate Essel Group, which reduced his stake in the company.

ZEE Entertainment is currently being run by Chandra’s elder son Puneet Goenka as CEO. At the same time, however, the media mogul is looking for ways to increase his family’s stake in the company.

Invesco is unhappy with the way ZEE is being run and wants to remove Chandra’s son Puneet Goenka as CEO. At the same time, she wants a new owner for it by re-constituting the board of the company. Shares of ZEE have fallen 50% from its record high of 2018.

Due to this a controversy has started in the board room of ZEE. ZEE Entertainment has a 17% market share in the Indian media and entertainment market and reaches out to 600 million people.

ZEE also has extensive content in regional languages, dating back to the 1990s. These days digitization of old content and global streaming has opened new doors of earning. ZEE also has its own streaming platform, which is one of the leading platforms in the market. There are 73 million monthly active users on this platform.

A person associated with a media consultancy firm said, “ZEE has a stellar business. It is obviously the eye of any company, whether Indian or foreign, who want to make a foray into the entertainment industry here.” He said, “Rupert Murdoch realized the value of ZEE 30 years ago and made Subhash Chandra his business partner. The business value of ZEE still remains as India currently has 20 million televisions in households today as compared to 50 lakhs in 1998.”

These 7 stocks to buy from ICICI Securities on Diwali

Some rhetoric was also seen during the ongoing dispute between ZEE and Invesco. Chandra alleged that American funds were trying to take over his company illegally and that he had some big plan behind it. At the same time, Invesco scolded the demand for convening the EGM the whole time.

In this dispute, the fight for possession of the company was increasing. However, in the meantime, Chandra surprised everyone by announcing the merger of ZEE Entertainment with Sony. Under this deal, the Chandra family’s stake in the new company will increase to 20%, which Invesco is objecting to. Apart from this, Chandra’s son Puneet Goenka will also continue to be the MD and CEO of the company formed after the proposed merger.

However, a person familiar with the technical aspects of the board room said, “The merger will require ZEE to take approval from 75% of its shareholders, which is a mountain in itself. So, the time ahead for ZEE is very volatile. – It can be full of turmoil.”

370% jump in this brokerage stock, IPO was listed at 10% discount last year

If Invesco is able to stall the deal and make changes in the board room, ZEE could have a tough road ahead. “If Invesco changes the board, I think there will be an auction process for the new owner, whoever bids the highest will win,” said a partner at a law firm.

However, Subhash Chandra is not one to give up so easily. “I will fight not for financial gain, but for the satisfaction that I am honest with the millions of viewers of ZEE,” Chandra said in an interaction with the viewers of ZEE News last week.

No festival offer nor discount on Hyundai Venue and now the company has increased prices by 12 thousand; See new price list

‘Corona bomb’ will explode in Pakistan, top health expert warns – fourth wave of COVID is coming soon in the country!

Economic Survey 2020-21: Online education will eliminate inequality in education, will have to be used correctly