Story of Vinay Electricals, from the start of Rs.5000 to a turnover of Rs.300 crores 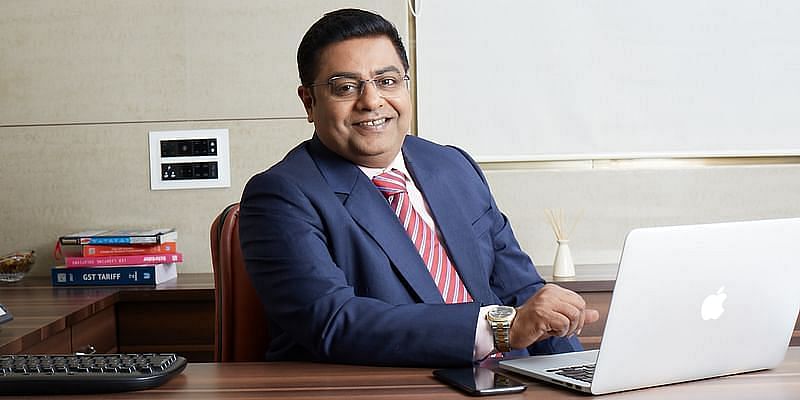 In 1968, at the age of 25, Vinay Chheda made his way from Kutch to Mumbai in search of a better life. It was time for the festival of lamps, when young Vinay arrived in the city of dreams.

When he was thinking of a business idea, the festive lights around attracted him a lot. He felt that the demand for decorative lights was large in Mumbai. As he met many people in that period, someone suggested him about the lights of Diwali.

“It didn’t take long for my father to hit the prospect of making lights for Diwali by himself. He produced some raw materials locally and started construction with a capital of Rs 5,000, when he left Kutch.”

Lady Luck supported Vinay and his business eventually grew. However, the business for decorative lighting was seasonal and cash flow was limited. To fulfill his big entrepreneurial dreams, Vinay had to do something new. Thus, he decided to enter the electrical business and founded Vinay Electricals in 1975.

From floor to haem

Vinay used to sell Diwali lights at Loha Bazaar in Mumbai. Thinking of expanding his business, he set up a small shop in Marine Lines and started selling tube light chokes to be manufactured in a small manufacturing setup locally. Following its successful launch, the company later expanded its field and in 1981 launched light fittings, industrial fittings and urea switches.

“My father had strong business acumen, and he knew that bringing innovation to the product portfolio would help the business grow. Thus, in 1993, he launched one of India’s first dual-colored polycarbonate switch range – the Cozy range, “ Dhiren told BK.

Following in the footsteps of Vinay, Dhiren joined his father’s business at the age of 23 in 1997, and two years later, the father-son duo started another in Daman to start manufacturing switches, wires and cables. Manufacturing unit opened.

The early 2000s saw considerable changes for the company. It launched a ‘quorum range’ of switches and plates in 2002, uniting many new technologies and a wider range of modern light fittings and video door phones.

Over the last four decades, the company has regularly expanded into new areas of business. The most prominent of these ventures was the 2012 launch of the Glass Plate and Wings Touch Switch range.

The fuel needed to continue offering new products, the company has seen in recent years a valuable addition to quality switchgear products.

With smart homes gaining traction, Vinay Electricals successfully launched ‘Vibe Smart Homes’ earlier this year, which is designed and developed in India. Vinay Electricals has tied up with real estate groups such as Ekta Group and Hiranandani Group for their upcoming smart home projects.

With a network of 6,000 dealers and 300 distributors, Vinay Electricals has claimed electrical fittings at Hyderabad and Belgaum airports. The company is also pitching for the upcoming Navi Mumbai Airport. In fact, it has also installed switches in the rail coaches of the East Coast Railway.

“We have started setting up our own cost and freight depots in various states across India to ensure smooth product delivery and better customer service to our customers. We have already established such depots in Uttar Pradesh, Rajasthan, West Bengal, Assam, Madhya Pradesh, Chhattisgarh, Telangana and Kerala. ”

Vinay Electricals has an annual turnover of over Rs 300 crore.

Dhiren says that quality and safety have been highly valued, which Vinay Electricals has consistently strived to deliver with its products. He says that the company does not consider any competition as it has been growing continuously for the last 50 years while maintaining a strong market presence.

“We have always introduced products based on future technologies, and we have always welcomed healthy competition, and we take competition as an opportunity to move forward. It is just the unorganized sector that makes the situation challenging for the industry. ”

Vinay Electricals also introduced a program, ‘Sarathi’, to help empower the electrician community to improve their skills and train them with upcoming technology-based electrician work through the Kaushal Bharat movement. To date, the company has held 55 meats and catered to 2,000 electricians.

Talking about the future goals, Dhiren says that the company is keen to develop new technologies and connect portfolio futuristic products with the appropriate mix of modern technologies and adopt digital platforms as an effective business tool .

With the next wave of smart homes in the real estate sector, Vinay Electricals plans to expand and innovate its ‘vibe smart home’ products. In addition, there are plans to introduce exports by the end of this year, which targets the UAE and Bangladesh markets.

Covid-19: Increasing the gap between two doses of vaccine can increase the risk of infection – Dr. Anthony Fauci

Now the toll will be cut in the moving vehicle, this highway will reach Meerut from Delhi in just 48 minutes